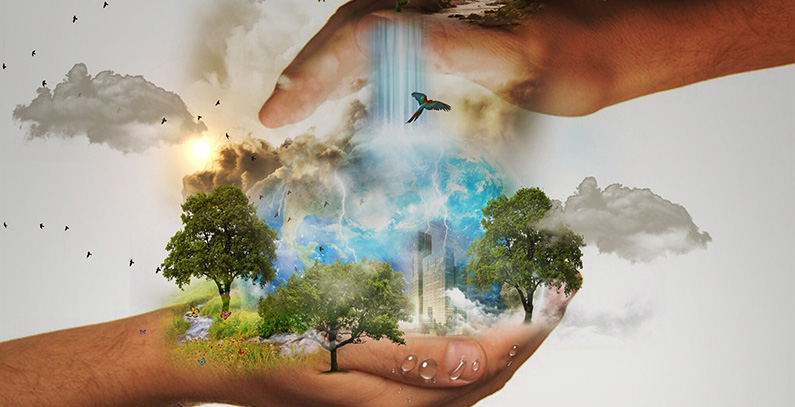 The COVID-19 pandemic reduced the overconsumption of nature’s capacity to levels from 15 years ago, but it doesn’t guarantee a permanent reversal in the trend, according to data behind the Earth Overshoot Day model. If we look at the environmental impact by country from the start of the year, only one in the Balkans isn’t already inflicting net damage.

The Global Footprint Network calculated that this year’s Earth Overshoot Day is August 22, marking the imaginary point when we exceed sustainable consumption of the Earth’s environmental resources and services. It is a large leap from 2019, when the breakeven came the earliest ever – July 29, and the best result since 2005. However, a look at the Balkans reveals only Albania has environmental credit left to spend before irreversible harm is done. 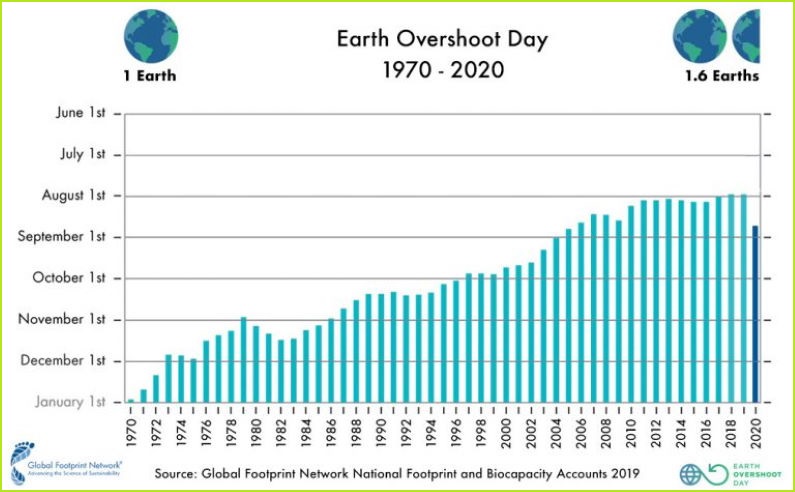 The coronavirus pandemic contributed the most to easing pressure on nature. Lockdowns and the impact on health devastated the economy, so activity slowed the most on record. But humans still spend 60% more than what is renewable, which means so much is consumed that we would need 1.6 Earths.

The effect was measured across a range of ecological benchmarks. Air and water quality significantly improved and renewable energy accelerated the expansion at the expense of coal. But experts have been warning only sustainable recovery can really prevent the destruction of the planet.

The so-called ecological footprint dropped 9.3%, a record annual pullback in at least half a century. The fall was led by the carbon component, 14.5% and forest products, 8.4%.

Only sustainable recovery can really prevent the destruction of the planet, regardless of the drop in pollution and economic activity with the onset of the coronavirus

Unfortunately, COVID-19 disrupted food supply and distribution, resulting in hunger and a rise in food waste. There was no change in the footprint in the segment.

If life everywhere was like in Qatar, the worst-ranked country, demand would have exceeded what can be renewed already on February 11. On the other side of the scale is Kyrgyzstan, with December 26 as its overshoot day. Indonesia fares best among the biggest countries: December 18. 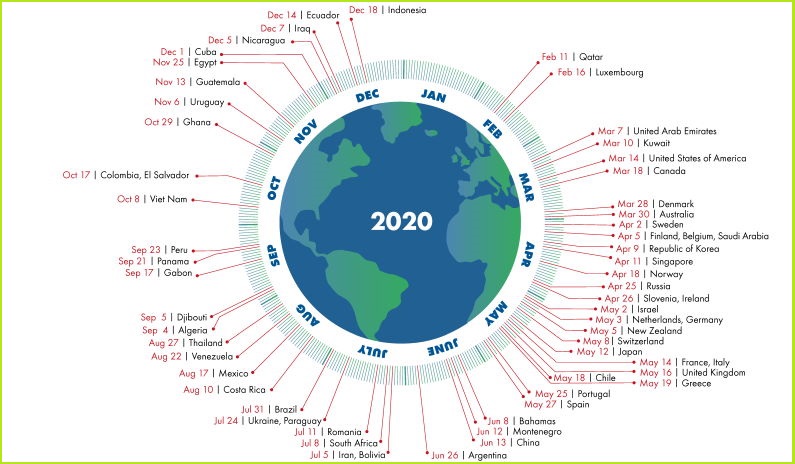 Some official data is up to four years late, so the picture may be much worse.

In the region covered by Balkan Green Energy News, all states already had their overshoot days except for Albania. It will theoretically exhaust its credit only on October 24, presumably due to the lack of coal-fired power plants.

Slovenia again overshot its environmental capacity first in the whole Balkans. Here is the list:

The Global Footprint Network is promoting a campaign to reduce the footprint and delay the point in time when our lifestyle becomes unsustainable, if we observe it on a year-by-year basis. The battlecry is #MoveTheDate. What can individuals do?

Carbon has a stunning 57% share in the footprint. Halving the item would put Earth Overshoot Day more than three months later.

City dwellers can help by pressuring their representatives to introduce measures to reduce the effect. There is a lot that decision makers can do to ease the burden and make it easier to live a more environmentally friendly life.

Personal mobility accounts for 17% of the carbon footprint, so cycling and public transportation can go a long way in easing the pressure

At the same time, citizens would need to consider biking to work and opt for pedalling at least for shorter everyday distances. Personal mobility accounts for 17% of the carbon footprint and public transportation systems have a huge role in lowering the impact.

You can buy local and organic food and be rational about volumes. Namely, the rate of food waste is as high as 50%, in the case of fruit and vegetables. Eating less meat helps. China’s government targets cutting its consumption by half in the next ten years.

The emancipation of women and girls and stepping up family planning efforts ease the population boom and reduce the stress imposed on the planet. Needless to say, reforestation is one of the best ways to counter the decadence. Authorities and individuals have no reason not to get involved.