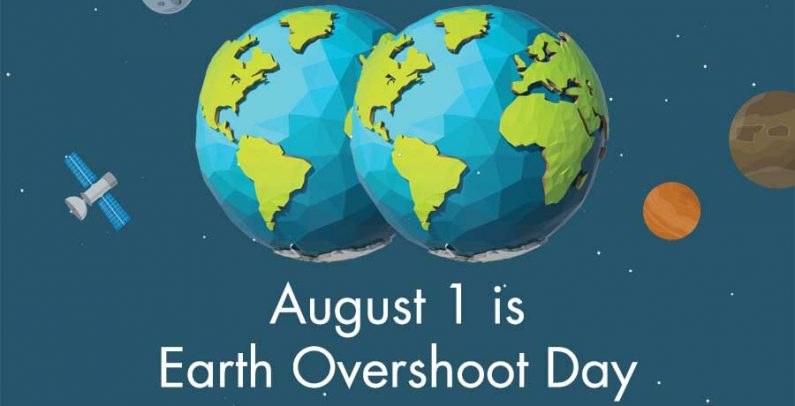 August 1 marks this year’s Earth Overshoot Day, the day when humanity’s annual demand on nature exceeds what Earth’s ecosystems can renew in that year, according to Global Footprint Network, an international research organization.

In other words, humanity is currently using nature 1.7 times faster than our planet’s ecosystems can regenerate. This is akin to using 1.7 Earths, according to a press release from the organization.

August 1 is the earliest Earth Overshoot Day since the world went into ecological overshoot in the 1970s.

The costs of this ecological overspending include deforestation; collapsing fisheries; fresh-water scarcity; soil erosion; biodiversity loss; and the buildup of carbon dioxide (CO2) in the atmosphere, leading to climate change and more severe droughts, wildfires, and hurricanes. These threats can produce desperation and force many people to migrate to cities or other countries, the press release notes.

Earth Overshoot Day 2018 is August 1, the earliest date yet since the world went into ecological overshoot in the 1970s. If we #MoveTheDate 5 days a year, Earth Overshoot Day will fall back to Dec. 31 by 2050. https://t.co/ZwrDagJt5K pic.twitter.com/mGb3Rnk039

“As we mark Earth Overshoot Day, today may seem no different from yesterday – you still have the same food in your refrigerator,” said Global Footprint Network CEO Mathis Wackernagel. “But fires are raging in the Western United States. On the other side of the world, residents in Cape Town have had to slash water consumption in half since 2015. These are consequences of busting the ecological budget of our one and only planet.” 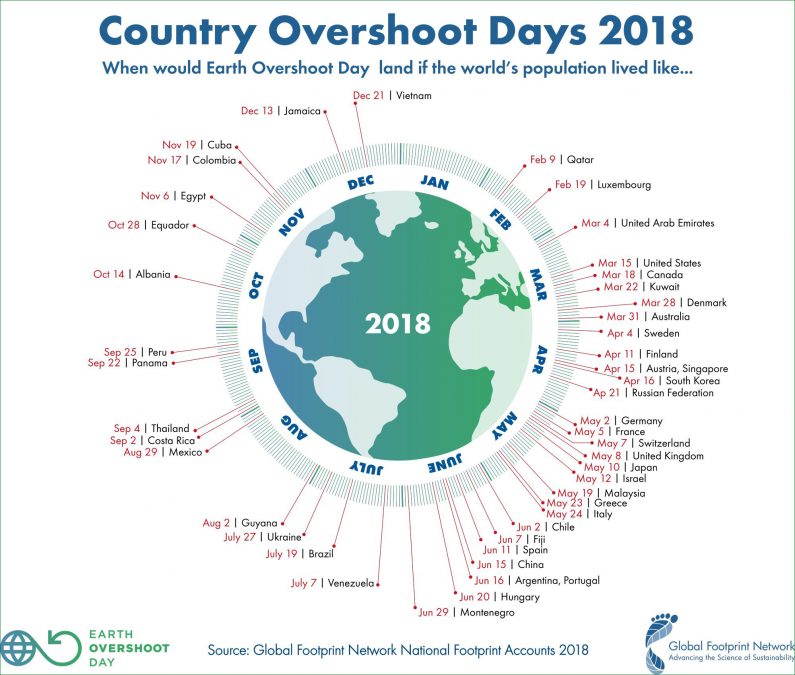 Globally, Qatar has the earliest Country Overshoot Day this year, on February 9, and Viet Nam the latest, on December 21.