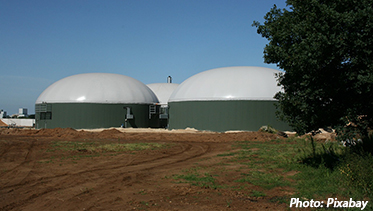 Changes expected to be introduced next year in the framework for the competitive electricity market can bring producers of electricity from biogas below breakeven.

George Andreou, manager of Andreou Brothers Ltd. in Larnaca, told Cyprus News Agency the company’s assets will remain cost-effective after the abolition of subsidies from the special fund only if there is no need for investments. Without the incentive, the Electricity Authority of Cyprus (EAC) would pay five euro cents per kilowatt produced in the firm’s two units, compared to the operating cost of three cents per kilowatt, he said, adding the calculation leaves no funds for the depreciation of the investment.

Furthermore, when the state support ends in 2022, the business may need to implement new technologies, Andreou stressed. There are 14 biomass and biogas units in operation in the island country with total installed capacity of 9.7 MW of electricity, according to data provided by Cyprus Energy Regulatory Authority (CERA).

Andreou Brothers has pig farms in Xylotymbou and Tersefanou operating entirely on energy autonomously produced from the processing of animal waste. Two plants also treat oil and glycerol residues. Biogas from anaerobic digestion is burned for power and hot water, also used internally. Surplus power is sold to EAC. Dreyer und Bosse’s engines have an overall capacity of 1 MW of electricity and 1 MW of heat, generating 6.35 GWh and 3.79 GWh, respectively, per year. The two cogeneration units cost EUR 1.8 million each.

Dreyer und Bosse’s engines have an overall capacity of 1 MW of electricity and 1 MW of heat, generating 6.35 GWh and 3.79 GWh, respectively, per year.

Andreou said the annual capacity is 80,000 tonnes of waste per year, mostly pig manure, plus 600 tonnes of soap as byproduct of oil purification and 100 tonnes of glycerin from biodiesel production. Organic fertilizer from the plants is given away to farmers, he said. The company launched the facilities in 2007. The state agreed to purchase electricity until 2022 at 12.13 cents per kilowatt. The subsidy is covered by the Fund for Renewable Energy Sources. As the cost of production is lower than from other renewable sources, biogas was the only one subsidizing the fund when EAC’s tariff was 15 euro cents, Andreou stated.