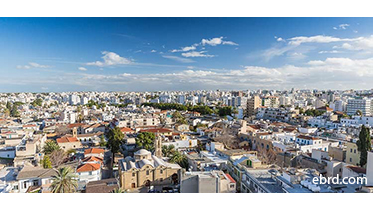 In terms of supply, oil and oil products dominate in Cyprus, accounting for 94% of total primary energy supply, and for 96% of electricity production in 2013, the European Bank for Reconstruction and Development said in a new country strategy document. The remainder of the supply are renewables, of which about 20% are imported in the form of biomass.

The EBRD’s engagement in Cyprus is temporary and envisaged to last until the end of 2020. The bank has invested over EUR 100 million in the country and is preparing further investments, the document said. According to the decision by its shareholders, EBRD is active on the whole territory of the island and offering its finance and business advisory for private sector restructuring and the expansion of markets. The country strategy defines three priority areas for the bank to support: financial sector, privatisation and corporate restructuring. In the area of financial sector restructuring, the bank announced that dedicated credit lines, for instance for small and medium enterprises, energy efficiency and renewable power generation, will be used to introduce improved (cash-flow based) lending practices and to support corporate governance changes in banks where the EBRD will not engage with equity.

Energy sector across the island is characterized by very high dependence on imported sources of energy, dominance of fossil fuel, continuous rise of energy demand, and the rising degree of renewable energy sources exploitation and penetration, although further significant investment is needed in renewables, solar power in particular. In addition, the energy system is small and isolated with no interconnections, the Country Strategy for Cyprus states. High energy costs are further undermining private companies, the document said.

„Looking at renewable energy, solar power is more available than in almost all of the rest of Europe although the current actual uptake is limited. The Republic of Cyprus target of solar power including both photovoltaics and concentrated solar power under certain conditions exceeds 10 per cent by 2020, which would be one of the top ones in the EU markets, if achieved,“ EBRD’s strategists wrote. Electricity consumption has increased dramatically in the 10 years prior to the crisis mainly attributed to air conditioning. In this context, there is potential especially for energy savings in buildings sector, the bank said. „Building energy performance regulations include mandatory installation of a solar thermal system for hot water in dwellings and also provisions for the installation of a photovoltaic system. Wind power is also an area that could be further exploited under the 2020 targets. In addition, there is potential for biomass and biogas exploitation using agricultural residues, waste disposal plants, and the exploitation of landfill gas from the waste disposal plants“, the document said.

Looking at the regulatory front, key areas of focus include implementation of ESCO (energy service company) regulations, upgrading of performance standards for buildings, appliances, to and above EU requirements, as well as assisting the upgrading of waste management and renewable energy regulations, country strategy defines.