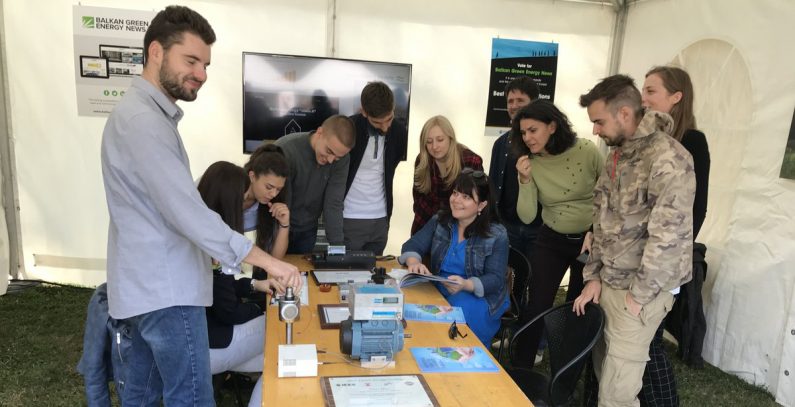 Hundreds of visitors, including entire families with children, turned out at the Climate Village on Belgrade’s Ada Ciganlija lake this Saturday to take part in a cycling tour and get a hands-on look at a range of climate action projects. The Climate Village closed Climate Diplomacy Week, organized by the EU Delegation to Serbia, which featured numerous conferences, debates, exhibitions, film screenings, and other activities.

The Climate Village featured educational activities for children and adults aimed at demonstrating climate change impacts on everyday life and what can be done to mitigate and adapt to climate change. A number of organizations presented their environmental protection and related projects, while the bike tour around the lake was the centerpiece event, with participants including officials, diplomats, and other visitors, including children.

Exhibitors at the Climate Village included Balkan Green Energy News, one of 42 projects globally – and the only one from South-East Europe (SEE) – to have been shortlisted to compete for the Best Climate Solutions 2018 Award. 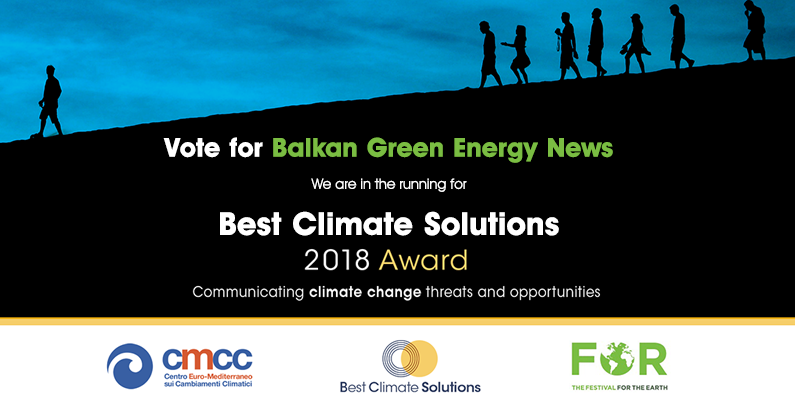 Balkan Green Energy News shared its tent with the H-Bridges team of students from the University of Belgrade School of Electrical Engineering (ETF), which developed an energy storage device that brought it 4th place and the Best Education Impact award at the International Future Energy Challenge 2018, the world’s largest student competition in the area of innovative and energy efficiency solutions, held in Beijing from July 18 to 22. Our stand also featured the INTEGRA active house, an innovative, environmentally responsible, energy-independent and energy efficient prefabricated house that can be installed in just two weeks.

Visitors of the German development organization GIZ’s (the Deutsche Gesellschaft für Internationale Zusammenarbeit GmbH) tent could attend a guided exhibition on “The Past, Presence, and Future of Lake Palić and Ludaš Lake,” use a virtual reality (VR) headset to visit a biomass logistics and trade center, and take wood biomass samples home.

Some of them got acquainted with waste management options in the context of climate change, while the most active among the GIZ tent visitors took part in biodiversity tours around the Ada lake, organized by GIZ ORF-Biodiversity, to observe the flora and fauna, including birds. The projects presented in the tent are implemented by the GIZ and financed by the German Federal Ministry of Economic Cooperation and Development (BMZ).

The Climate Village was closed following the premiere of the film Guardians of the Earth.

Climate Diplomacy Week in Serbia was organized by the EU Delegation to Serbia in cooperation with the Ministry of Environmental Protection, the embassies of Germany, France, and Sweden, Austrian Development Agency, the UN Development Programme (UNDP), GIZ, the Friedrich Naumann Foundation, Balkan Green Energy News, the European Bank for Reconstruction and Development (EBRD), the Serbian Chamber of Commerce (PKS), RES Foundation, EIT Climate-KIC, and other projects and organizations.