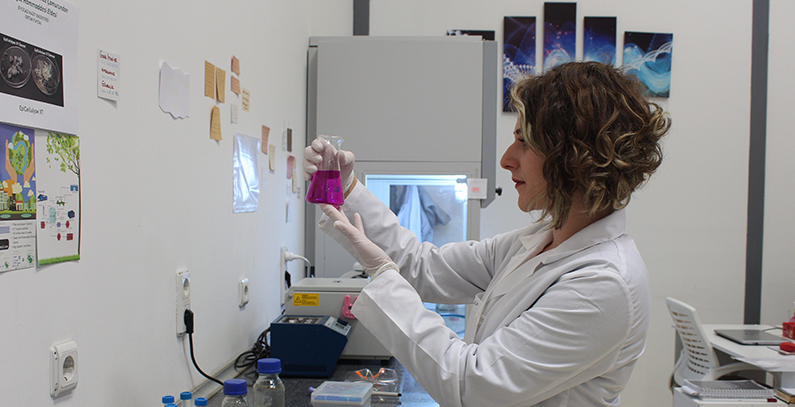 Every year, the paper industry spends EUR 3 billion on the disposal of waste and related fines and fees. A medium-sized plant loses EUR 7 million this way, where paper sludge is a major item in the expenses. Episome Biotechnologies, a startup established in Turkey, managed to bypass it by breaking down the material with an enzyme.

It pioneered processing the byproduct into biogas and organic fertilizer, which earned it a place among the finalists of the clim@ competition two years ago. Episome’s representatives say it helped them reach more customers. The solutions won’t end with waste paper sludge processing.

Production engineer Elif Afacan points to potential applications for other cellulosic waste like in forestry and agriculture. She stressed the participation in clim@, organized by the Green for Growth Fund or GGF, enabled communication with other developing enterprises about green energy and cooperation.

Episome has been backed by the Diffusion Capital Partners (DCP) fund and participated in Şehir TTO’s Technology Transfer Accelerator Program of the Istanbul Şehir University. Next was the Small and Medium Enterprises Development Organization, Kosgeb, and its R&D Innovation Support and Kosgeb Industrial Application Support.

In the meantime, Episome Biotech came up with the Epicellulyse XT system, based on the cellulase enzyme. The company, founded in 2014 in Gebze, has set up a unit in Cambridge in the United Kingdom.

We recommend applying for the clim@ competition in order to increase the awareness of the companies in the field of green energy and to create synergy between the companies working in the same area.

Afacan asserted the ultimate goal is to make the technology “valid and permanent” and revealed there is no ambition to leave the research and development perspective. Episome is operating in Germany and the Netherlands.

In her words, there is scope for expansion in waste paper sludge processing in Western Europe while Sweden, Finland, the United States and Indonesia are attractive markets. Developed countries have regulated the segment of renewable energy and encourage the use of leftovers from production for the purpose, the production engineer explained.

Waste paper sludge is wet, it pollutes and it can otherwise only be eliminated by incineration. In Episome’s tanks, the byproduct is treated with bacteria for a day, enabling the extraction of biogas and energy savings. 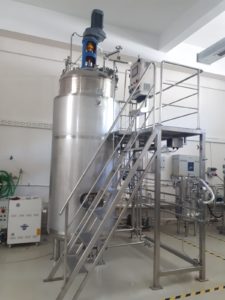 “Investment is very important to accelerate the growth process of startups and to commercialize technology and provide the necessary cash flow. We have some opportunities in mergers and acquisitions. We receive offers from time to time,” Afacan said.

The vision of sustainability in the sector led Bahadır Kılınç and Murat Balaban, friends from Ataturk High School of Science (Atatürk Fen Lisesi), to found the biotechnology startup. The initial efforts were made by a small team in a laboratory.

Episome later managed to install a pilot plant at Modern Karton’s facilities in Çorlu and began adding value with the manufacturer’s waste paper sludge. The firm’s management claims negotiations are ongoing with many possible partners around the globe.