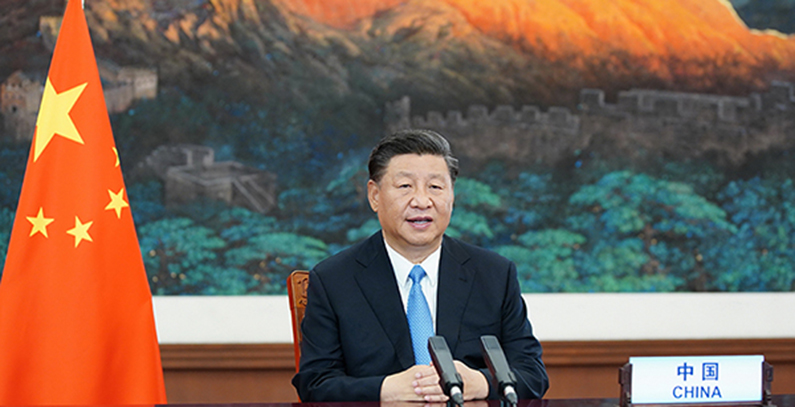 China, the world’s largest emitter of greenhouse gasses, has pledged to become carbon neutral by 2060.

The pledge was given by Chinese President Xi Jinping during his speech at the general debate of the 75th session of the United Nations General Assembly. Jinping spoke via video link.

The pledge was given by Chinese President Xi Jinping

According to the State Council of China, Xi asserted the human kind should launch a green revolution and move faster to create a green way of development and life, preserve the environment and make Mother Earth a better place for all.

China aims to have CO2 emissions peak before 2030

China will scale up its Intended Nationally Determined Contributions by adopting more vigorous policies and measures, he added. China aims to have CO2 emissions peak before 2030 and achieve carbon neutrality before 2060, Xi said, calling on countries to pursue innovative, coordinated, green and open development for all.

Nationally Determined Contributions (NDCs) are national plans of each signatory of the Paris Agreement to reduce national emissions and adapt to the impacts of climate change.

Xi summed up four lessons the COVID-19 pandemic brought to human society, saying one of them is a green revolution and the other three are the global village, economic globalization, and global governance system.

China is responsible for 28% of the global CO2 emissions.

Due to the lockdown caused by COVID-19, emissions in China fell around 25% from February to March. But after restrictions were lifted, emissions rose by 4% to 5% year-on-year in May. The main sources were coal-fired power plants, industry, road and air traffic.