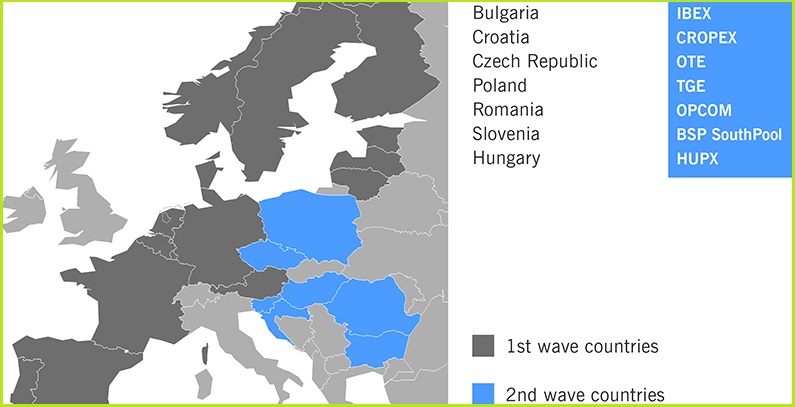 The go-live of the second wave of the Single Intraday Coupling (SIDC, formerly known as the XBID) project is planned for November 19. The second wave will enable continuous cross-border trading of electricity in the intraday timeframe across Bulgaria, Croatia, Czech Republic, Hungary, Poland, Romania, and Slovenia.

With an additional seven countries due to go-live by the end of 2019, this would bring the geographic coverage of Single Intraday Coupling project to 21 countries.

The second wave of the Single Intraday Coupling project will also include the Slovenian intraday electricity market via BSP SouthPool, the company said on its website.

Croatian power exchange CROPEX said that its Intraday Market will be coupled via the Croatian-Slovenian and Croatian-Hungarian borders.

According to the ENTSO-E press release in June 2019, since the successful first go-live in June 2018, over 16 million trades have been executed.

With the increasing amount of renewable intermittent production, interest in trading in the intraday markets is increasing as it can become more and more challenging for market participants to be in balance after the closing of the Day-Ahead Market (DAM).