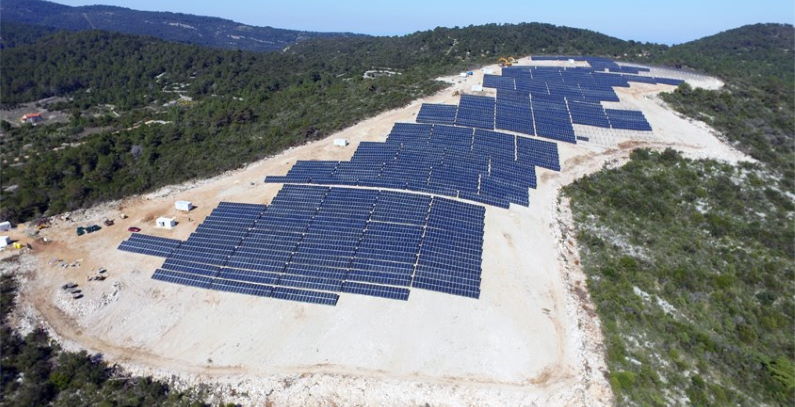 One of the most remote islands in the Adriatic became self-sustainable in energy terms. Croatian HEP Group’s PV plant in Vis started regular operations today, and with its 3.5 MW and a battery of 1 MW it is the biggest of its kind in the country.

State-controlled energy company Hrvatska elektroprivreda (HEP Group) ended the trial run of a 3.5 MW solar power facility and marked the beginning of regular operations. The biggest Croatian photovoltaic – PV plant, located on Vis, features a 1 MW battery tank, the first of its kind in the country. It has a maximum output of 1.44 MWh.

The addition to the electric power system is part of the sustainable development agenda and it makes the island very sustainable, said Split-Dalmatia County’s Deputy Governor Ante Šošić. “Islands lost the most people. These are the kind of the projects that we need,” he told N1.

The local official said the photovoltaic plant in Vrlika, in the same county, would be twice as big. Its first phase, 2.1 MW, is scheduled to be finished this year.

Engineers from Končar installed the solar power plant ahead of schedule. It includes five converters with a nominal power of 720 kW each and a SCADA management system. The cable network is 5.2 kilometers long. Fractal from Split was responsible for supervision.

The biggest Croatian PV unit, which will sell electricity without subsidies, boosted the remote Adriatic island’s self-sustainability as it already secured its own water supply from local wells. Vis is connected via an undersea power link with Hvar island.

The unintegrated solar power plant is designed for an annual output of 5 GWh, which matches the electricity consumption of 1,600 local households, HEP Group said. The local authority participated in the project.

The energy storage system will be especially helpful outside of the tourist season. The island has 3,600 inhabitants, but there are several times more people there in the summer.

HEP installed Sunčana elektrana Vis on 5.7 hectares at Griževa glavica near the village of Žena Glava. It is located 3.6 kilometers southwest from the town of Vis and 4.8 kilometers east from Komiža, which is slightly smaller.