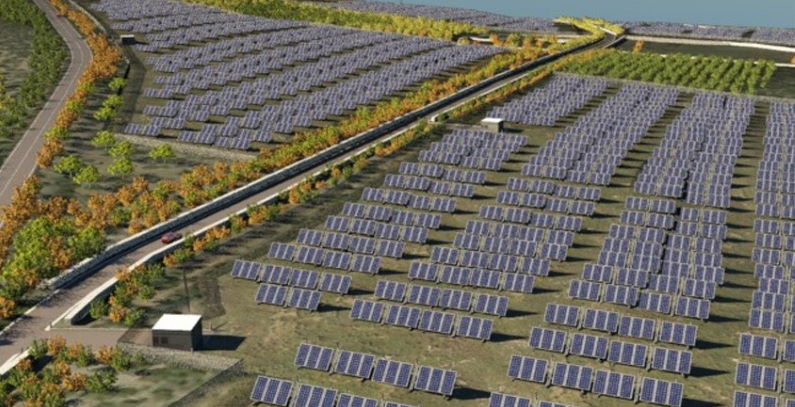 The solar power plant in Vis landed a contract for trial production. The 3.5 MW facility developed by HEP Group should make the island self-sustainable in energy terms when a storage unit is finished.

Croatian Energy Market Operator Ltd. (HROTE) has announced it signed a contract with Sunčana elektrana Vis and temporarily included it in the electric power system. The 3.5 MW photovoltaic facility will be the first in the country to supply electricity at market prices, without feed-in tariffs. HEP Group developed the solar power plant in Vis.

The remote Adriatic island is becoming self-sustainable as it already secured its own supply from local wells. Vis is connected via a cable with Hvar island.

According to the project, a 1 MW battery tank with a capacity of 1.44 MW will be added to the unintegrated photovoltaic unit and contribute to balancing. The solar power plant in Vis consists of 11,200 modules and Končar’s five converters with 720 kW each in nominal power. It is designed to withstand wind of up to 150 kilometers per hour.

The state-owned utility scheduled the completion of almost 20 MW in solar power plants this year, including the 6.5 MW unit in the island of Cres and the Obrovac photovoltaic system of 5.5 MW. HEP Group plans to build 350 MW in the segment by 2030.

It currently operates the Kaštelir solar power plant, which has the capacity of 1 MW, and Kaštelir 2 should be finished by the end of December, adding 2 MW.

The company started the trial production in May at its Korlat wind park. The 58 MW power plant is the first one in Croatia operating without government subsidies.

HEP Group is cooperating with municipalities and companies in the development of green energy plants.