Photo: A rendering of the future solar plant Cres 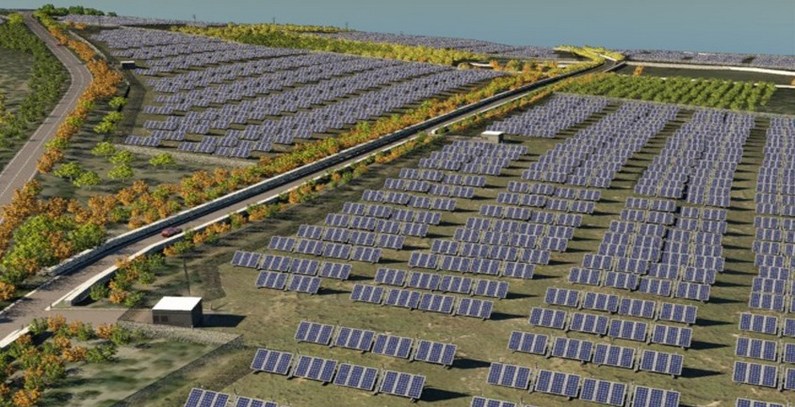 State power utility Hrvatska elektroprivreda (HEP) has launched works on Croatia’s biggest solar power plant, with an installed capacity of 6.5 MW. The plant, located on the island of Cres, will cost about EUR 5.43 million to build.

The ground-breaking ceremony for the biggest solar power plant in Croatia was attended by Minister of Maritime Affairs, Transport and Infrastructure Oleg Butković, Minister of Tourism Gari Cappelli, and HEP Management Board President Frane Barbarić.

Solar power plant Cres, in the vicinity of the village of Orlec, will be built on 17 hectares of land. Its projected annual output is about 8.5 million kWh of electricity, enough to meet the needs of some 2,500 households. The start of production is expected by the end of 2020. The power plant will not receive subsidies and will operate entirely on market principles.

The new solar power plant will help increase the security of electricity supply on the islands of Cres and Lošinj, especially during the tourism season when consumption is higher.

The solar panels will allow the unimpeded passage of small animals

The Cres plant will have a total of 20,300 solar panels supplied by Croatian manufacturer Solvis, and they will be installed in such a way to allow the unimpeded passage of small animals as well as sheep grazing within a fenced area. The contractor is a consortium of PVI Solar, PVI GmbH, Intecco, and Deling, which was selected by HEP in a bidding procedure.

According to Barbarić, despite the global crisis caused by the COVID-19 pandemic, HEP has continued to carry out its investment plan for 2020, worth some EUR 660 million, the highest amount in the company’s history.

The bulk of the amount is going towards achieving HEP’s renewables development plan until 2030, which involves the construction of 1.5 GW of generation capacities, half of which will be solar plants and wind farms, according to him.

Currently, HEP is building or is about to start building as many as seven solar power plants, as well as a wind farm, Korlat, said Barbarić. On the island of Cres itself, the company is considering building two more solar power plants – Cres 2, with an installed capacity of 4.14 MW, and Ustrine, with 9.99 MW, according to local media.