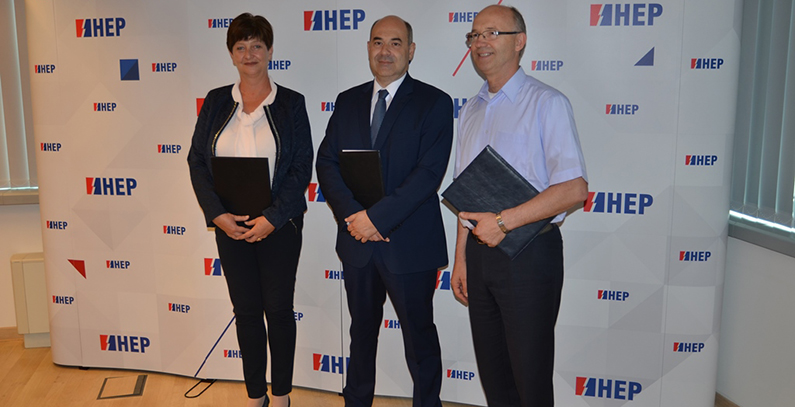 The Primorsko-Goranska county, the Monastery of St. Frane – Cres and power utility Hrvatska Elektroprivreda (HEP) have signed an agreement on cooperation on the Orlec Trinket solar power plant project on the Cres island, in what would be the largest solar power plant in Croatia.

This will be the first HEP’s solar power plant not to be constructed on a rooftop of the company’s business buildings. Since 2014, HEP has installed 9 rooftop solar systems.

The Primorsko-Goranska county expressed the intention of transferring the Orlec Trinket project based on the public invitation published by HEP. The company then ran an analysis and concluded the construction of the plant would be a viable project, HEP said in a statement.

Until a location permit was granted at the beginning of June, the project was developed by the Institute for Spatial Planning of the Primorsko-Goranska county. Under the agreement, the institute will transfer the location permit for the construction of Orlec Trinket East to HEP, whereby HEP will become the project leader.

HEP is committed to continuing preparations for the construction, including the main project design, the building permit, and financing. The monastery is obliged to lease the land in question to HEP for a 25-year period, HEP said.

The solar power plant will be built on 17 hectares of land, about two kilometers north of Orlec on Cres.

The Orlec Trinket project is the first HEP project within the planned activities concerning self-development or acquisition of ground-mounted solar power plants. The development of such plants, but also other renewable energy sources, primarily wind, is part of the HEP Development Strategy, which envisages increasing of the renewables share in the company’s electricity generation to 50% by 2030 and to 70% by 2050, HEP noted.

A few weeks ago, Zoran Miliša, CEO of RWE Energija, a Croatian subsidiary of German energy company RWE, said that RWE Energija and HEP have discussed investing in a solar power plant.

The agreement was signed by Marina Medarić, deputy head of the Primorsko-Goranska county, Zdravko Tuba, head of the Monastery of St. Frane – Cres and Frane Barbarić, CEO of HEP.