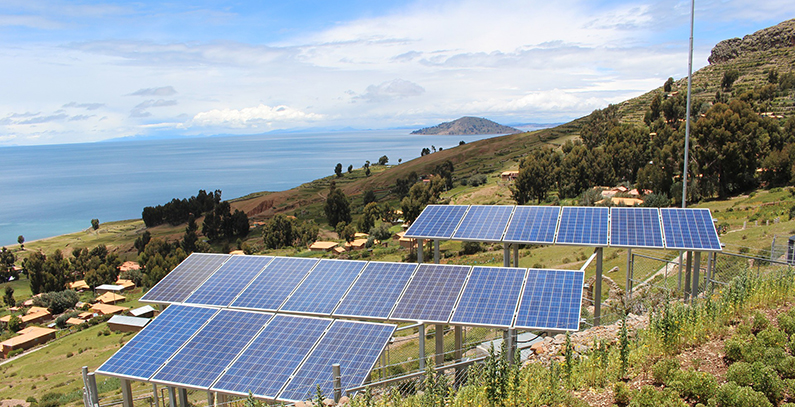 Ivo Radica, head of the Municipality of Vis in Croatia, said that the solar power facility that is under construction at a plot of 5.7 hectares would be an excellent asset. The eponymous island will be recognizable at the tourist map for its own electricity source and the 3.5 MW unit will also give developer and contractor Končar – obnovljivi izvori Doo a valuable portfolio addition, he claimed.

The unintegrated system is due to be finished before the end of the year. It is located at Griževa glavica near the village of Žena Glava, 3.6 kilometers southwest from the town and 4.8 kilometers east from Komiža, which is slightly smaller than Vis.

The company founded by Končar – Elektroindustrija DD sold the project one year ago to HEP Group. It is the main electricity producer, controlled by the government, while the engineering firm is partly state-owned. The transaction was worth HRK 20 million or EUR 2.7 million for the endeavor, originally envisaged to reach a maximum of 2.2 MW, while the latest figures place the value at HRK 25 million.

Radica asserted the landscape won’t be disturbed at all. In his words, the Vis power plant will be the biggest among all Mediterranean islands. It is designed to withstand wind of up to 150 kilometers per hour. It takes up a surface equivalent to more than nine soccer fields. Končar’s inverters are about to be delivered.

The solar unit is being made to last 25 years since the start of operation at the country’s most remote inhabited island. It is scheduled for January.

Meanwhile, local authorities in Cres are still waiting for the start of works to install a solar power plant of 6.5 MW. The northern island will get 13 segments of 500 kW each on a total of 17 hectares, according to plans made by HEP, the regional government and the church, which owns the land. It will be leased.

HEP recently started the construction of a 75-MW photovoltaic utility in Korlat in Dalmatia, estimating the investment at HRK 480 million.