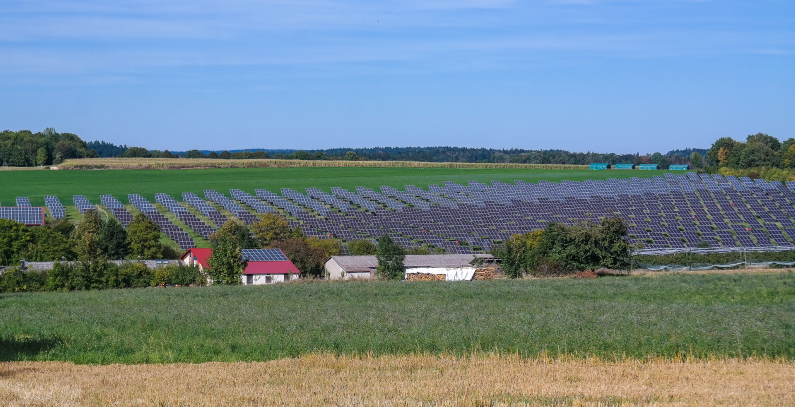 At the country’s second auction for utility-scale photovoltaics, Voltalia offered to sell electricity for just EUR 24.89 per MWh, a regional record. Albania said it would agree to the fixed price for half of the 140 MW solar power plant in Karavasta for 15 years, while the contract is for 30 years.

Prime Minister Edi Rama and Minister of Infrastructure and Energy Belinda Balluku announced that French company Voltalia won at renewable energy support auction with a bid of EUR 24.89 per MWh. The deal should be signed for a 140 MW solar power plant in Karavasta, located at the Adriatic coast southwest of Albania’s capital Tirana.

The lowest price compares to the maximum set at EUR 55 per MWh. The European Bank for Reconstruction and Development provided technical assistance. Voltalia was chosen to build and operate the facility and it can sell half of the output at the agreed fixed price while the rest would be traded on the free market.

The government “had courage” to plan and conduct the process and the reward is the lowest price of power in the Balkans, according to the EBRD’s Harry Boyd-Carpenter, who is responsible for the energy sector in Europe, the Middle East and Asia. “This shows the power of markets. If you run a well-structured tender then the private sector can deliver public goods in fantastically competitive and imaginative ways,” he stated.

Karavasta would be the biggest power plant of its kind in Southeastern Europe, though Greece and Romania are planning to build giant photovoltaic systems in their open-cast coal mines while abandoning the harmful fossil fuel. Turkey and Montenegro also have more ambitious plans.

The European Bank for Reconstruction and Development provided technical assistance

Albania has been making efforts to diversify its energy mix, which is dominated by hydropower. The country is vulnerable to changes in hydrological environment, so droughts can make it import electricity. Southeastern Europe has mostly solid solar power potential.

Voltalia’s portfolio includes wind turbines, hydropower, biomass and storage systems. The firm founded in 2005 earlier said it aims to top 1 GW in installed capacity this year and have another 1.6 GW finished or at least under construction through 2023.

India Power won the first large-scale renewable energy auction in Albania a year and a half ago with EUR 59.9 per MWh

The winner at the second auction for utility-scale photovoltaics gets a privileged price for 15 years and the contract is for 30 years in total. The first such contest was held a year and a half ago and the deal was signed with India Power’s consortium at EUR 59.9 per MWh for half of the planned 100 MW. Voltalia participated in the auction. The project in Akerni has stalled.

Prime Minister Rama stressed the final price was far lower than expected and expressed hope that construction would start in the autumn. He revealed Albania intends to revive the Skavica hydropower project and build the plant with state funds. The location is on the Black Drin or Black Drim river and the capacity is estimated at up to 200 MW.

“We welcome the successful renewables support auction in Albania and in particular the price achieved,” Energy Community Secretariat Director Janez Kopač said. “Renewable energy auctions provide a competitive selection process for granting support, resulting in lower renewable energy prices. This is a clear gain for energy consumers and sets an important direction for the region.”