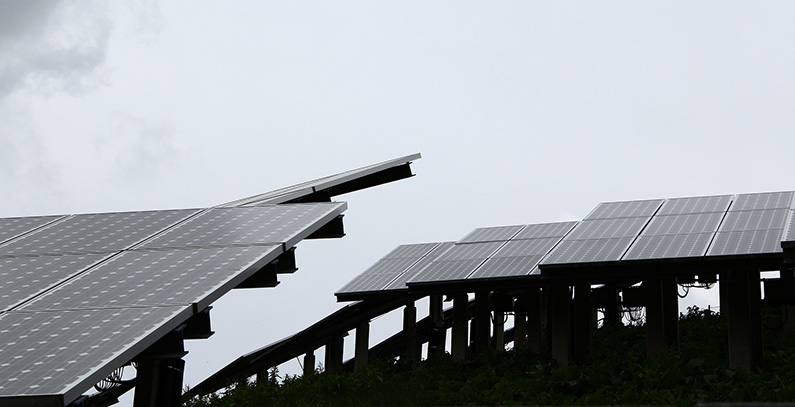 The fate of the similar 100 MW project in the Akërni salt flats is still unknown and the deadline is looming. Half of Karavasta solar system is also set for a fixed power price, to be determined at the auction.

Companies from Europe and around the globe have shown significant interest in the contest for the construction of the biggest photovoltaic facility in the country, Belinda Balluku stated. At an investor conference in Istanbul, Albania’s minister of infrastructure and energy praised the process for transparency as more than 20 applicants were registered one month before the March 16 deadline. The state is conducting an auction for Karavasta solar power plant in Fier county in the southwest.

Contract signing is targeted for May 8 and the two sides should reveal the building schedule for the arrays of panels with 140 MW in overall capacity. On the other hand, the details of the similar 100 MW project in the Akërni salt flats, near Vlorë, are still unknown even though the deadline is looming.

India Power Corp. Ltd., controlled by Kanoria Foundation from Kolkata, inked the deal in November 2018 and got 18 months for implementation. Talks are apparently still ongoing. The company leads a consortium and its partners are Mining Resources Worldwide FZE, registered in the United Arab Emirates, and Hong Kong–based Midami Ltd.

Of note, energy regulator ERE determined the purchase price of EUR 100 per MWh for electricity that Statkraft AS should deliver from its floating 2 MW solar power plant. The deal for the experimental facility with four units of 500 kW was set to last 15 years. It costs EUR 9.2 million.

Statkraft finishing Moglicë as floating plant is in pipeline

The Norwegian operator estimated it would start works soon, with production to commence in August. The engineering giant said it may finish its hydropower plant on the Devoll river in Albania’s southeast by mid-year.

Moglicë is designed for the capacity of 183 MW and annual production of 455 GWh. The dam is a whopping 160 meters high. The system has an 11-kilometer tunnel.

Statkraft’s other hydroelectric station, Banja, is located in the central part of the Balkan country. It has 73 MW and output of 174 GWh per year. Its dam is 80 meters high.