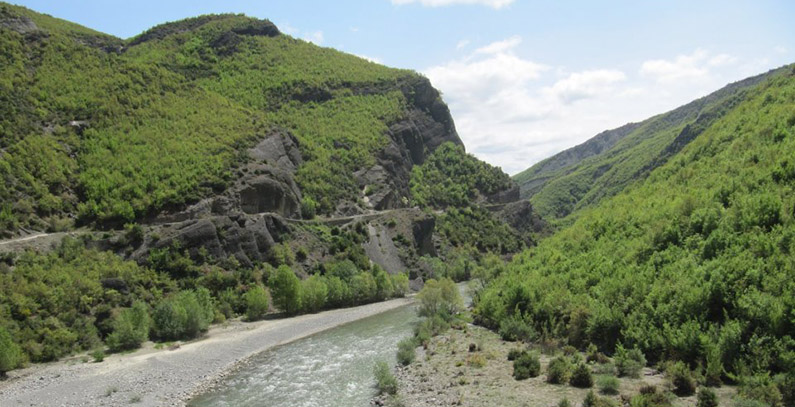 Norwegian company Statkraft has so far invested EUR 150 million in the construction of Moglice hydro power plant, its second plant on the Devoll River in the southeast of Albania. The construction site was visited by the minister for energy and industry Damian Gjinkuri, who said that Statkraft is being mindful of the environment.

“The company has the highest environmental standards. At the same time, the Albanian government is working to solve the inherent infrastructural problems”, said Gjinkuri to local media.

Additional EUR 150 million will be invested before completion, which is expected in the course of 2018. The plant will have an installed capacity of 183 MW and an annual electricity production of 455 GWh.

The 150 meter dam will be one of the highest in the world, connected to the production center with an 11 kilometer long tunnel. There are 1,243 workers and technicians involved in its construction.

In late September 2016. Statkraft started electricity production in the Banja hydropower plant, the first facility constructed within Devoll hydropower project.  With capacity of 73 MW and annual production of 174 GWh, Banja is producing five percent of total energy generated in Albania. The plant has an 80 meter tall dam and a reservoir capable of holding 391 billion liters of water, covering an area of 14 square kilometers.

The two plants should jointly produce 629 GWh per year, equivalent to 17 percent of current electricity production in Albania. The Norwegian company is investing a total of EUR 535 million for the realization of this project.