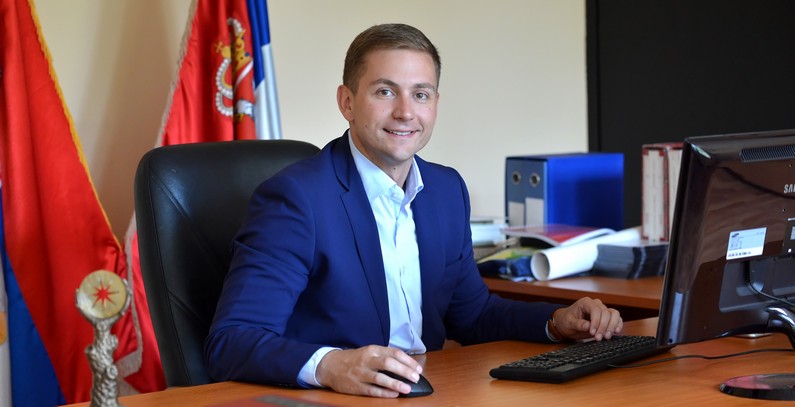 In winter months, we are witness to increased air pollution in the region, while apps help monitor pollution levels. However, not all apps are equally reliable, Serbian Environmental Protection Agency (SEPA) Director Filip Radović writes in an op-ed for Balkan Green Energy News. He says that air quality in Serbia is not satisfactory, but that there have been positive examples of investment in measures that have noticeably improved air quality in certain cities. Serbia is striving to implement Western countries’ measures, but progress in this field will inevitably go hand in hand with the country’s economic recovery, writes Radović.

According to the World Health Organization’s (WHO) data, air quality poses the biggest risk to people’s health in Europe. Over 90% of the world population is exposed to polluted air – the statistics means that 9 out of 10 people breathe polluted air. Every year, around 7 million people in the world (including 600,000 children) die prematurely as a result. Air pollution is caused by gases, dust particles, and smoke emitted to the atmosphere, which is harming people, infrastructure, and the environment. Residents of urban areas are particularly exposed to this type of pollution. Suspended particles, nitrogen oxide (NOx), and ground-level ozone are pollutants responsible for a majority of premature deaths caused by air pollution.

In urban areas, the main polluters are individual heating systems using poor quality fuel, primarily coal. Their owners either do not wish to connect, or there is no infrastructure for them to connect, to district heating. One of the ways for air to be less polluted in urban areas is to switch off individual heating systems and provide their owners with more favorable terms to connect to district heating.

In urban areas, the main polluters are individual heating systems

The second largest source of air pollution in Serbia is traffic as a mobile source of pollution – two factors play a major role here: imports of old cars banned in Western European countries and poor traffic flow in urban areas. In 2017 alone, 131,000 used cars were imported into Serbia, most of them diesel-powered automobiles and 62% of them over 12 years of age. All this contributes to excessive air pollution.

The third source of air pollution is the energy sector (power plants burning lignite) and industry.

The state station network’s data is available on the SEPA’s website, where all interested institutions can get air quality information in real time.

Air quality is unsatisfactory, but apps can go wrong, and current values do not reflect real situation

Air quality in Serbia is unsatisfactory. In winter months, air pollution in Serbia is at its worst in Valjevo, Belgrade, and Niš – due to the burning of fossil fuels – as well as in Užice and Kosjerić, where the geography of the area contributes to the problem.

Air quality in Serbia is unsatisfactory

There has been no change concerning air quality this year compared to previous years, but the interpretation of data is often inadequate and confusing for citizens.

In reaction to media reports citing AirVisual, according to which Belgrade was the world’s most polluted city on January 31 at 8 am, the SEPA has clearly demonstrated that a data/parameter analysis has found a system flaw at the specified time interval, i.e. that the information was completely inaccurate.

Based on the preliminary results of state monitoring at said time interval, the maximum mean hourly concentration of PM10 registered at the Belgrade Stari Grad station (81.1 µg/m3) was exceeded in Niš (at station 1), while the PM2.5 value was exceeded at both stations in Niš, as well as in Valjevo.

Given that the index calculation for AirVisual is done based on data/parameters from the state network of automatic air quality monitoring stations and that the diagrams show extremely high values of PM10 and PM2.5 only at 07 UTC (8 am local time), which was not obtained by monitoring (compare Table and Diagrams), it is clear that wrong values were used to calculate the index.

The analysis of data provided by AirVisual for other stations in the state network on the territory of Belgrade (see Table) shows a system flaw at said time, i.e. suspended particle values that are multiple times higher than those registered.

If citizens wish to compare air quality in Serbia to that in other countries, I recommend the European Environment Agency’s app, which is backed by the institution’s credibility. It should also be noted that preliminary (unvalidated) results from automatic stations are used in the calculation of indexes. The air pollution indexes are merely “current values” that do not reflect the real air quality situation, not in Serbia, not in Beijing, not in any other city in Serbia or the world, as air quality is not assessed based on current values/concentrations. Another problem is that one cannot always see the hour to which a value refers on air quality websites and apps, resulting in discrepancies with data on the SEPA’s website.

If citizens wish to compare air quality in Serbia to that in other countries, I recommend the European Environment Agency’s app

It is important to note that this information does not serve for the official assessment of air quality in a city or a region, or for implementing measures to reduce air pollution. Hourly concentrations are extremely variable – changing from hour to hour. The Law on Air Protection and implementing regulations, which are fully aligned with the relevant EU directive, stipulates using mean daily concentration levels, not hourly values.

Serbia striving to implement Western countries’ measures, but economic recovery is a prerequisite

Serbia is striving to implement Western countries’ measures, but the implementation of measures inevitably goes hand in hand with GDP growth and economic recovery. One of the examples of good practice that has made a difference is state power utility Elektroprivreda Srbije’s (EPS) desulfurization project that has soaked a EUR 180 million investment. Also, a EUR 200 million project to build a new smelter in Bor has markedly improved air quality in the town, putting Bor in the first air quality category for a second year in a row.

Reducing air pollution requires systemic measures entailing major financial investments. This primarily refers to industrial modernization, changing heating methods, and increasing energy efficiency, which the Government will promote over the coming period. Forestation can also be one of the measures to improve air quality. Trees can help reduce pollution by removing pollutants from the air, but only if the right kind of trees are planted in the right places. The line ministry has set aside significant funds for forestation this year.

What’s even more important is that RSD 500 million (around EUR 4.22 million) has been secured for switching off individual heating systems using unecological fuels – this will be the first time for this measure to be implemented. The Ministry of Mining and Energy also has a program in place to improve energy efficiency. At the same time, certain local governments have put forward proposals and measures to reduce or overcome this civilizational problem.

The necessary and unavoidable investment in environmental protection should be considered an investment, not a cost. We have a long road ahead, but the return on such investment is multifold, in terms of health, the quality of life, and new jobs.