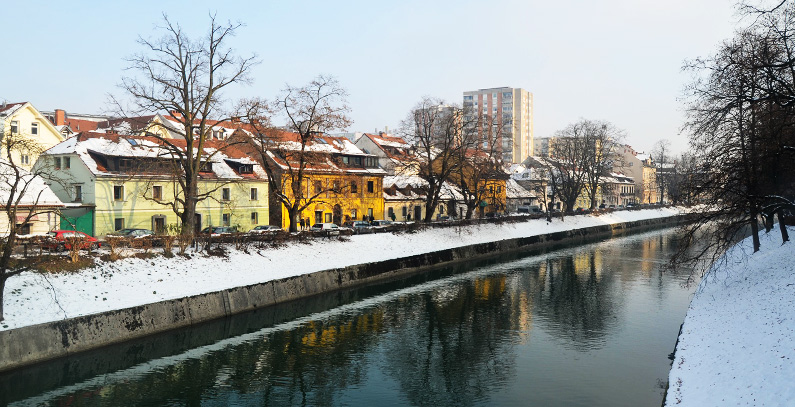 For the past ten years, air quality in Ljubljana is gradually improving, the measurements of the particulate matter (PM10) show.

In 2016, it has been ten years since PM10 has been measured and the data shows that air quality in the capital of Slovenia is gradually improving, the official website of Ljubljana reports.

The measurements are conducted with an automated measuring device at four measuring points and occasional measurements at different locations across the city and on its outskirts.

There are four monitoring points which are part of the national monitoring network and they are managed by Slovenian Environment Agency, Ljubljana Biotechnical Faculty and the City of Ljubljana.

The data show that air pollution in Ljubljana is, despite the high annual fluctuation caused by given weather conditions, persistently decreasing.

In addition, it is significant that at the traffic station Ljubljana Centre the average annual particle value has not exceeded the permitted value of 40 µg/m3 for the third consecutive year.

The number of daily exceeded values has significantly lowered but it is nevertheless above the allowed 35 days in a calendar year.

However, the data also show that during the winter heating season the quality of air is not improving and that adverse weather conditions lead to higher air pollution levels. The press release reads that due to its basin location, poor ventilation and high population density, Ljubljana is especially prone to such situations.

No efficient short-term measures could instantly reduce air pollution, even the reduction of car traffic would not decrease the current pollution during this season of a year. The use of individual furnaces in apartments and handicraft workshops has been identified as the main problem during the winter season. As furnaces in the whole Ljubljana basin contribute to air pollution, especially in more densely populated areas, conditions cannot be managed at the local level just by introducing stricter measures in the City of Ljubljana.

Among systemic measures implemented in the Slovenian capital is the construction of distance heating systems which satisfy almost 75% of heating energy needs. Besides the city centre, the systems have been expanded to the city outskirts and neighbouring settlements too.

The Decree on the priority use of energy products for heating in the area of the City of Ljubljana was adopted in 2016. The City of Ljubljana is preparing an amended Decree on the air quality plan for the period 2017-2020 with an emphasis especially on individual furnaces, stricter monitoring and educating owners of combustion installations. The document is being prepared together with the Ministry of the Environment and Spatial Planning.

Ljubljana was awarded the title the European Green Capital in 2016. As one of the measures which tackle air pollution, Mayor Zoran Janković in an interview to Balkan Green Energy News highlights turning the main traffic route in Ljubljana Centre to a more friendly area for pedestrians, cyclists and city bus users.

Skopje has the highest concentration of fine particles in the air of all European cities, according to the latest study by the Finnish Meteorological Institute and the Macedonian Institute for Public Health.