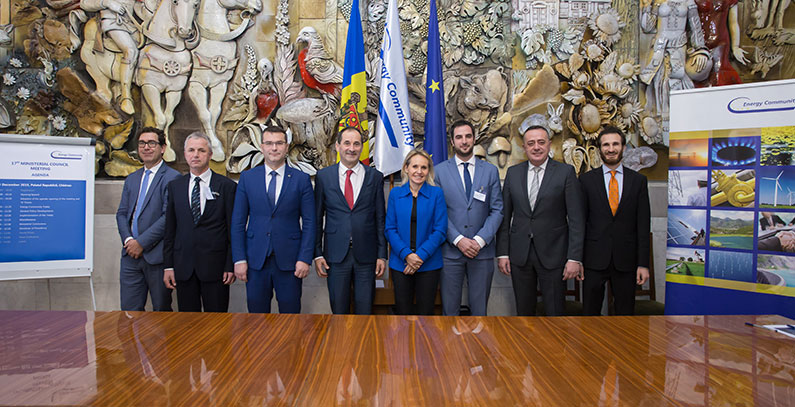 For the first time, the Treaty will task the Energy Community (EnC) to combat climate change and underlines the importance of the Paris Agreement, according to Energy Community’s Secretariat.

The Ministerial Council (conclusions) focused on Treaty reforms and the 2030 energy and climate framework.

“The reforms shall strengthen the Treaty’s enforcement mechanism including by new implementation mechanism similar to those in the EU and introducing new provisions for facilitating energy trade and enhancing market integration between EnC contracting parties and EU Member States by a system of reciprocal rights and obligations. It is expected that the negotiations will be finalized in the first half of 2020,” the Secretariat said.

The European Commission presented ongoing work on 2019 General Policy Guidelines on 2030 Targets and Climate Neutrality for the EnC and its contracting parties. The proposal on the 2030 targets is now expected in the first half of 2021, alongside the relevant legislative package.

The Ministerial Council did not reach the unanimity required to establish serious and persistent breaches of the Treaty on Bosnia and Herzegovina and Serbia.

EnC must stay fit for the changing environment around us – EU

Representing the European Union at the meeting, Anne-Charlotte Bournoville, Head of the International Relations and Enlargement Unit of the Directorate-General for Energy of the European Commission, said that the EnC is an essential part of the external energy cooperation toolkit of the EU.

“In order to maximize its role, it is crucial that the EnC stays fit for the changing environment around us. This is the principal purpose of the ongoing process to modernize the Treaty. Moreover, the EnC needs to follow the EU in its climate neutrality goals and joins the path towards decarbonization by 2050,” she said.