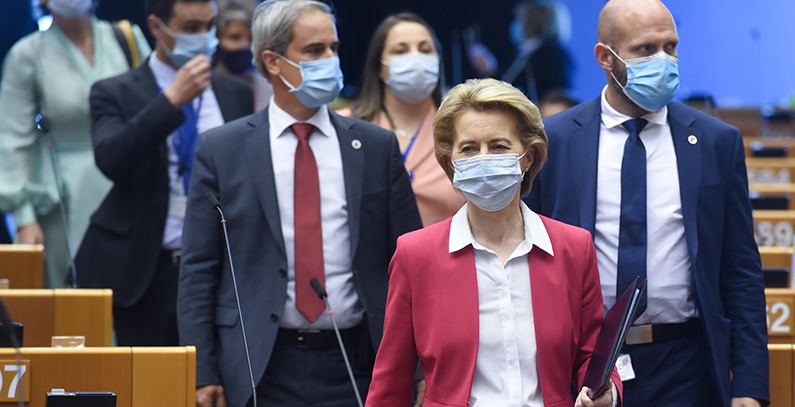 The European Commission has proposed to increase the funds intended for the energy transition of coal regions from EUR 7.5 billion to EUR 40 billion. The initial proposal for the economic recovery of the 27-country bloc has been amended to add massive stimulus.

The move is part of the newest effort of the Commission, called Next Generation EU, to counter the effects of COVID-19. The new measures were presented by the Commission’s chief Ursula von der Leyen in the European Parliament.

The Commission gives an important political signal by raising the budget for the Fund: supporting Central and Eastern Europe in catching up on climate ambition remains a priority.

The biggest beneficiary of the increased Just Transition Fund would be Poland, with an overall EUR 8 billion. Romania, Bulgaria, Greece, Slovenia, Croatia, and Cyprus, countries tracked by Balkan Green Energy News, are eligible EUR 10 billion in total, if the European Parliament adopts the plan.

The fund must explicitly exclude all fossil fuels and cannot replace the other sources of financing and company investments that are crucial to help regions move away from high-carbon activities.

These are the amounts for some of the countries in the new allocation proposal:

The FoE criticizes a lack of any conditionality to prevent the Member States from directing public funds and state aid to fossil fuel companies and polluting industries without commitments to lower their climate impacts.

The Commission has also proposed a public sector loan facility, to be implemented together with the European Investment Bank (EIB), intended to mobilise between EUR 25 billion and EUR 30 billion. It should drive the public and private investment under the Just Transition Mechanism to EUR 150 billion compared to the initially planned EUR 100 billion, the EU’s executive body said.