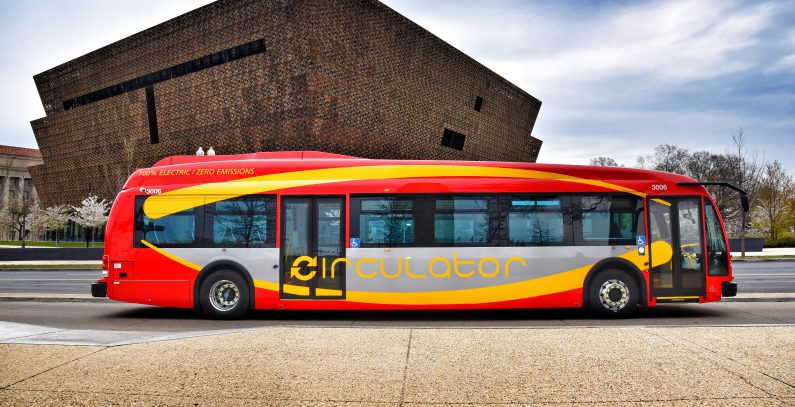 The European Bank for Reconstruction and Development (EBRD) and the Green Energy Special Fund (GESF) have approved a EUR 7.35 million loan to Sofia Electrical Transport Company (SETC) for the first phase of the modernization of Sofia’s bus fleet through the acquisition of up to 15 low-floor electric buses with fast-charging technology and six charging stations, according to a press release from the EBRD.

The electric buses will be deployed in 2019 to replace diesel buses and reduce overall emissions. Once in operation, the new buses will also reduce costs for the transport company, the EBRD said.

If this first phase is deemed successful, the EBRD and the GESF will provide an additional EUR 7.35 million in 2019 to finance another batch of the electric buses and charging stations.

A total of 30 low-floor electric buses with fast charging technology and 12 charging stations, as well as the related spare parts and services, would be procured through both phases of the project to secure cleaner and more comfortable urban transport in Sofia, a city of around 1.5 million.

The city of Sofia is currently developing a Green Cities Action Plan (GCAP) with the EBRD, supported by donor funds. This plan will set a vision and benchmarks for the sustainable development of the city and help the authorities address challenges such as urban transport, air pollution, water management, and other environmental issues. The action plan is due in 2019, according to the press release.

In order to meet the challenges ahead, Sofia is already investing in improvements of the transport infrastructure and services with the goal to make public transport sustainable, safer, and more environmentally friendly.

SETC is an integral part of the program. It is a joint-stock company, incorporated in 1997 and fully owned by the city. It is Sofia’s sole tram and trolleybus operator and, as of next year, it will also operate electric buses. In addition, the company is also responsible for routine maintenance and repair of the trolleybus and tram fleet, tram tracks, and electric energy supply infrastructure, the press release notes.

The GESF is a fund established by TaiwanICDF at the EBRD to support beneficiary countries in the Bank’s regions as they make the transition to low-carbon energy solutions, promote energy efficiency, and the development of renewable energy, according to the press release.

To date, the EBRD has invested nearly EUR 3.9 billion into various sectors of Bulgaria’s economy in about 250 projects. Energy sector investment accounts for about one-third of the Bank’s portfolio in the country.