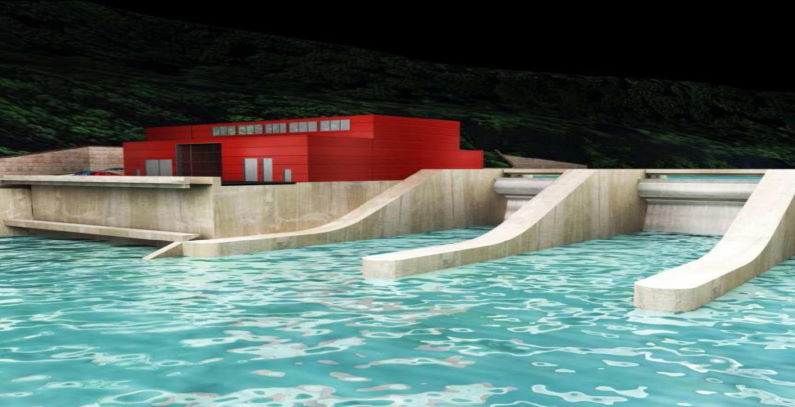 HSE is about to sign a water use concession as part of the project to build a string of hydropower plants on the middle part of the Sava river in Slovenia, from Ljubljana to Suhadol. The government vowed to develop spatial plans for three systems, but exact locations and the total number of facilities still need to be determined before final permits.

The Government of Slovenia said it agreed to grant a concession to Holding Slovenske elektrarne (HSE) for the use of water within the plan to install of an array of hydropower plants in the middle course of the Sava river in the country. The area included in the deal, scheduled to be signed tomorrow, is from Ježica in Ljubljana to Suhadol.

The statement adds the spatial plans for hydroelectric facilities Renke, Trbovlje and Suhadol, the last ones in the cascade, would be approved within three years. According to the latest rough estimates, the section would cost more than EUR 350 million.

The middle Sava complex, developed by HSE, includes projects for hydropower plants Ponoviče, just upstream from the first three, followed by Kresnice, Jevnica, Šentjakob, Zalog, Gameljne and Tacen. The last four locations are in or near Slovenia’s capital. Total capacity could reach 300 MW.

The decree stipulates that the City of Ljubljana and the Municipality of Medvode would split the payments with the state. The local authority in Dol pri Ljubljani is getting 60%, while Litija, Trbovlje, Laško, Zagorje ob Savi and Hrastnik are entitled to 70% of the funds.

The government also drafted the agreement on the implementation for the use of water for electricity production for the last five downstream municipalities. However, the documents aren’t the final approval for installing the three hydroelectric systems as it depends on further research and assessments.

Total potential energy output is 1.1 TWh per year, according to the Ministry of the Environment and Spatial Planning. The number and exact location of the hydropower plants and the water rights are yet to be regulated. As of recently, as many as 18 facilities were in play, of which three are in the upper course, and another six in the lower part of the Sava in Slovenia.

Hidroelektrarne na Spodnji Savi (HESS) installed HPP Brežice near the border with Croatia in 2017. Its capacity is 47.4 MW. The subsidiary of state-owned GEN Group is also preparing to build the 28 MW Mokrice system, the last one in the row.

HSE earlier said it may finish the three hydropower plants in the middle part of the river’s course by 2030. The government-owned utility noted it has the concession for energy use between Medvode and Zidani Most. The area includes another hydropower project upstream from Ljubljana.