City of Skopje supports its households to reduce air pollution 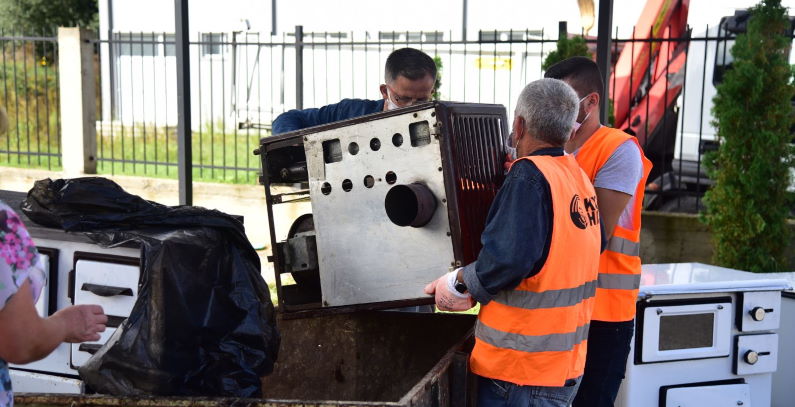 The City of Skopje said 4,282 households applied to buy inverter air conditioners with subsidies and hand over their wood stoves or boilers that use heating oil. They are entitled to as much as EUR 1,000 each within the scheme for improving air quality.

Utilities in the North Macedonian capital have been collecting wood stoves and boilers fueled by heating oil from residents in the Shuto Orizari municipality over the weekend. Applications in Skopje for the subsidized switch to inverter air conditioners were suspended after 4,282 residents filled the online form, but the local authority said it would extend the scheme if any funds remain in the budget after the current round.

There were 123 applications from Shuto Orizari, also known as Shutka. The program for the modernization of heating systems is worth as much as EUR 1,000 per household. The city government launched it as part of efforts throughout North Macedonia to reduce air pollution.

Skopje officials asked citizens to be patient as the applications are processed and noted it would check whether inverter air conditioners were indeed installed.

The public call was for those who bought the devices since the start of the year and it was supposed to last until the end of November. The city government said it would hold public lectures in several municipalities about the need to replace old wood stoves and boilers using fuel oil. Kisela Voda leads with the number of applications – 786. There were 375 from Aerodrom, the most populated municipality.

The city of 811,000 inhabitants has been one of the world’s most polluted capitals for several years, according to air pollution indicators.

Among other measures, Skopje supports chimney cleaning with up to EUR 19.4 per household. It collects field residues for free so that agricultural producers wouldn’t burn them.