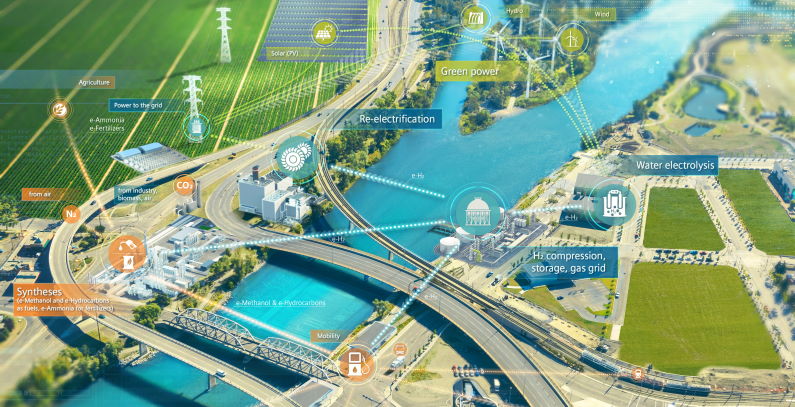 Uniper SE and Siemens Gas and Power agreed to work on decarbonization in electricity production and develop coupling solutions, all with the help of the emerging hydrogen technology. Business opportunities will be explored within the energy sector, mobility and industrial capacities at the same time, according to the two companies.

The gas can be exploited in a carbon-neutral way and the projects are envisaged to include the entire value chain. The approach is based on power from renewable sources and existing infrastructure for natural gas. Siemens SE’s division works with gear for electricity transmission and distribution and electrolysis.

Uniper’s Chief Executive Andreas Schierenbeck hinted the first outline for joint projects can be expected within a year. The endeavor is set to involve energy storage systems, engineers revealed.

Wind could be used to power the electrolysis equipment and get hydrogen at times when wind turbines can generate more electricity than is needed in the transmission system. Batteries have been steadily increasing their role in the sector in the past years.

The most conventional way is still to draw water to a higher altitude into accumulations at pumped storage hydropower plant systems using excess electricity, and then to activate turbines when demand rises.

The German firms said they would evaluate the potential of Uniper’s gas turbines and gas storage facilities for the use of hydrogen. The most important task, they added, is to see how hydrogen can help as coal power plants are being shut down. Uniper vowed to close such assets in Europe in five years at most and to make its activity carbon neutral by 2035.

Siemens’ concept of brownfield transformation or the makeover of existing capacity to use it differently is planned to include heating, according to the announcement. The engineering giant is examining the potentials of “power-to-X” or tech that converts electricity into something else.

Schierenbeck: The decarbonization of the gas industry, including gas-fired power generation, is essential if Germany and Europe are to achieve their climate targets

Uniper has power-to-gas plants in Falkenhagen and Hamburg, and it expanded the former with a methanization unit two years ago. After the coal phase-out and the switch to a secure gas-based energy supply, the use of climate-friendly gas will be a major step towards successful energy system transformation; therefore, the decarbonization of the gas industry, including gas-fired power generation, is essential if Germany and Europe are to achieve their climate targets, Schierenbeck stressed.