SET 2020: Introduction of carbon tax in Western Balkans is inevitable 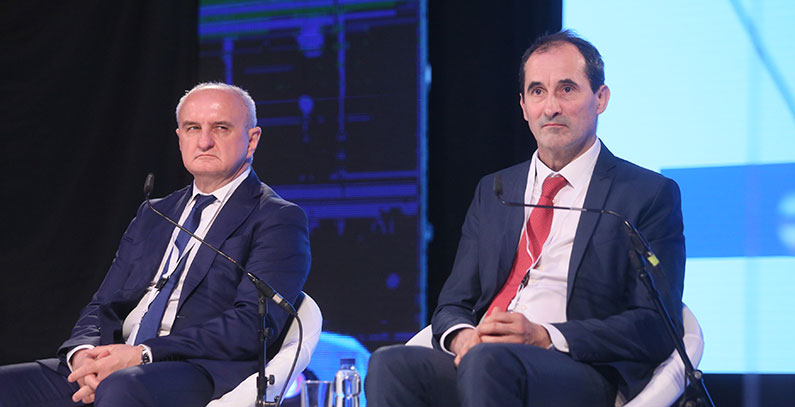 The reason for this, according to him, is the inevitable introduction of a carbon tax in the Western Balkan region within the next few years.

State power utility Elektroprivreda BiH (EPBiH) is building the 450 MW unit 7 at TPP Tuzla with a EUR 614 million loan approved by Export-Import Bank of China (China Eximbank) and guaranteed by the Federation of Bosnia and Herzegovina (FBiH). Last year, the Energy Community Secretariat initiated a dispute settlement procedure against FBiH over the project.

Kopač: the construction of TPP Tuzla’s unit 7 will be an economic disaster for FBiH.

Kopač recalled that a team from China assigned to work on the project was due to arrive on Thursday, but that everything was postponed because they come from Wuhan, the Chinese city where the new coronavirus epidemic broke out.

The construction of the new unit will be an economic disaster for FBiH, and not even in the medium term, but in the short term, Kopač warned.

He noted that the project was planned against a carbon price of EUR 7 [per tCO2e] as late as in 2035, whereas the current price in the EU is EUR 25 [per tCO2e].

Carbon pricing is around the corner, and the cost of CO2 emissions will kill the project, he said, adding that this is not an obligation that someone is imposing on the region, but something that is inevitable.

The European Commission plans to introduce a carbon border tax.

The European Commission, he recalled, has announced that it will introduce a carbon border tax for sectors where the price of CO2 emissions plays an important role due to high costs. One of the reasons for such a move is a dramatic increase in imports of coal-based electricity from non-EU countries where there are no levies on CO2 emissions.

There is a dramatic increase in imports of coal-based electricity from non-EU countries.

This has become a political problem because Spain is shutting down thermal power plants, while importing electricity produced from coal in Morocco. The situation is similar in the Baltic countries, as well as Russia, Greece, and Turkey.

Carbon tax revenues should be used to ensure a just transition

Over the past few weeks, there has been a growing political pressure on the European Commission to act, and it is now preparing a carbon border tax, which will apply to the Western Balkans as well.

The Energy Community proposes that the tax be introduced gradually and that all revenues remain in the Western Balkan countries in order to ensure a just transition for regions whose economies rely on coal and which will be the biggest losers, he said.

Kopač recalled that Montenegro is an exception in the region, and that it has recently introduced a carbon price of EUR 24.