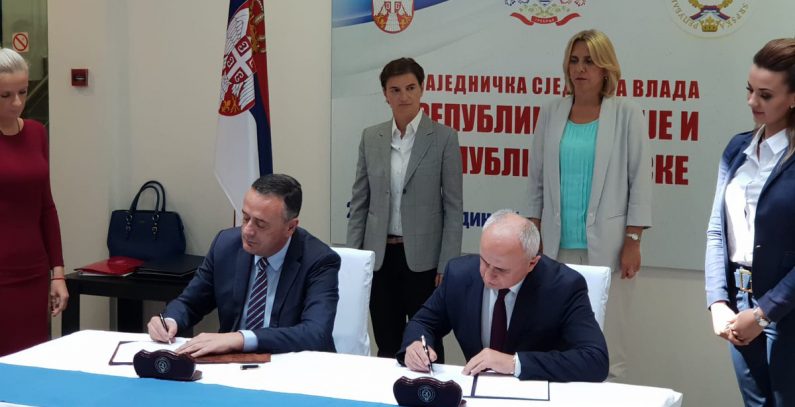 The governments of Serbia and Republika Srpska (RS), an entity of Bosnia and Herzegovina (BiH) signed several memoranda at their joint session in Trebinje, BiH, including a memorandum on the joint construction of hydropower plants (HPP) Foča and Paunci, with a total installed capacity of between 90 MW and 95 MW and an estimated investment value of around EUR 200 million.

Serbian Minister of Mining and Energy Aleksandar Antić, who signed the memorandum with Minister of Industry, Mining, and Energy of RS Petar Đokić, said that the memorandum envisages RS state power entity Elektroprivreda Republike Srpske (ERS) and its Serbian peer Elektroprivreda Srbije (EPS) to jointly develop the project to build HPPs Foča and Paunci on the upper course of the Drina river.

The deal is to begin activities in September to complete the HPP Paunci documentation, which Antić said is nearly done, while several more steps are needed for ERS to be able to file a request for a concession to build HPP Foča.

Republika Srpska also plans the construction of HPP Buk Bijela on the upper course of the Drina River, about 11.6 kilometers upstream from Foča. HPP Buk Bijela is planned to have three hydro generators with a total capacity of 93 MW.

The Republika Srpska government has awarded a concession for the construction of HPP Buk Bijela for a period of 50 years to ERS.

However, not all stakeholders are happy about the planned HPP investments. At the end of July, the Aarhus Resource Centre Sarajevo submitted two complaints to the District Court in Banja Luka against the environmental permits for HPPs Buk Bijela and Foča.