Serbia gets separate Ministry of environmental protection after almost 10 years 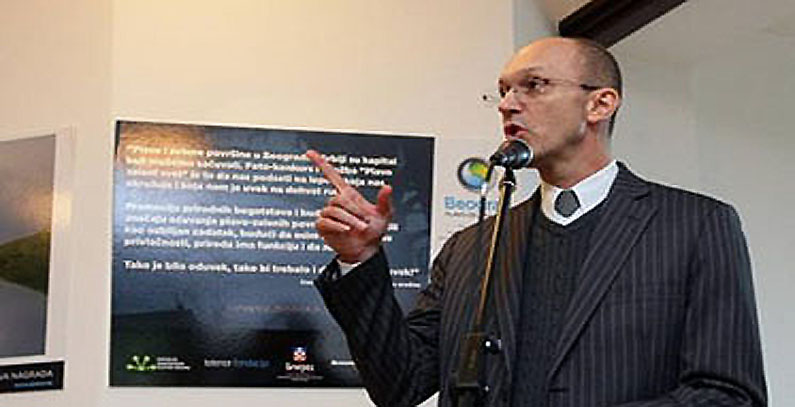 Serbia’s new government will have a separate Ministry of Environmental Protection which will be headed by former Belgrade city official Goran Trivan. Prime Minister Ana Brnabić, whose cabinet was sworn in on June 29, said environmental protection would be the responsibility of a separate ministry.

The new ministry is in charge of inspection, protection and improvement of the environment including cross-border pollution and climate change, environmental protection in spatial planning and construction, protection from chemical incidents, noise and vibration, ionizing and non-ionizing radiation and waste management not including radioactive waste and will approve the cross-border trade in waste and protected plant and animal species.

The Ministry of Environmental Protection will also be in charge of implementing the Convention on Chemical Weapons.

The Ministry of Agriculture, Forestry and Waters worked with the government negotiation team to prepare for negotiations and draw up an action plan for Chapter 27 in Serbia’s negotiations on accession to the European Union which has not been opened yet.

Brnabić said in her presentation speech in parliament that Aleksandar Antić would keep his post of Minister of Mining and Energy and that Nenad Popović would head the newly-formed Ministry for Innovation and Technology.

Brnabić said that she proposed the forming of the separate Ministry of Environmental Protection because that issue is important to the quality of life and the health of the population as well as for Serbia’s obligations in the process of accession to the EU in terms of the environment.

Minister with extensive experience in the field

Trivan graduated from Belgrade University School of Forestry’s Landscape Architecture department. He held several management posts in the JP ”Srbijašume” forestry company first as head of the planning and development office and then as executive director of the company. He also has political experience at government level since he held the post of Minister of Youth and Sports in 1991.

Trivan is a member of the Socialist Party of Serbia and is vice-chairman of the Belgrade city branch of the party.