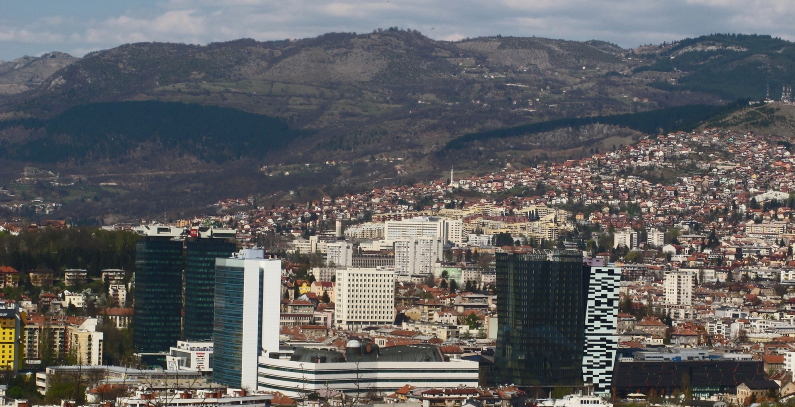 Preschoolers in Bosnia and Herzegovina’s capital will breathe more easily after the procurement in which UNDP assisted local authorities. The cantonal government also prepared a methodology and dispersion model for air pollution sources and the effect of structures planned for construction. A severe deterioration in air quality in the past months prompted public outcry and pressure on decision makers.

The Government of the Sarajevo Canton purchased one hundred air purifiers in order to improve air quality in local preschool institutions. The cylindrical devices with triple filters were procured from a manufacturer based in the United States with the help of the United Nations Development Programme.

UNDP’s local official Edis Arifagić said he is pleased the air purifiers for the kindergartens were bought quickly but added it was only one in a string of urgent measures on the list and that air quality must have strategic priority all year round for local authorities.

The order was placed amid public pressure due to extreme air pollution this winter. Bosnia and Herzegovina’s capital city had some of the worst readings in the region at state-run measuring stations. People in the Balkans have been suffering much more than average for the European continent and weather conditions contributed to the deterioration in air quality.

Most of the pollution comes from coal-fired thermal power plants. Individual heating furnaces and the use of other fossil fuels have a strong effect as well, together with a large share of old and dysfunctional cars.

The Sarajevo Canton has also just proposed the methodology for assessing the impact of construction work on air quality. The project included calculating the base dispersion model to be used in spatial planning, the government said and noted the Austal2000 is the benchmark for Germany’s Federal Environment Agency (UBA).

The local planning agency may become authorized to block investors from building new emissions sources in areas already burdened by pollutants, according to the statement. The model takes heating units and house furnaces and transportation into account.

Buća potok, Buljakov potok, Aneks and Hrasno brdo are the neighborhoods identified as the strongest sources of air pollution, dispersed by wind throughout the valley. The study’s authors stressed the need to intervene and noted the said suburbs lack gas infrastructure and district heating. They calculated data on sulfur dioxide, nitrogen oxides and particulate matter in the PM10 class.