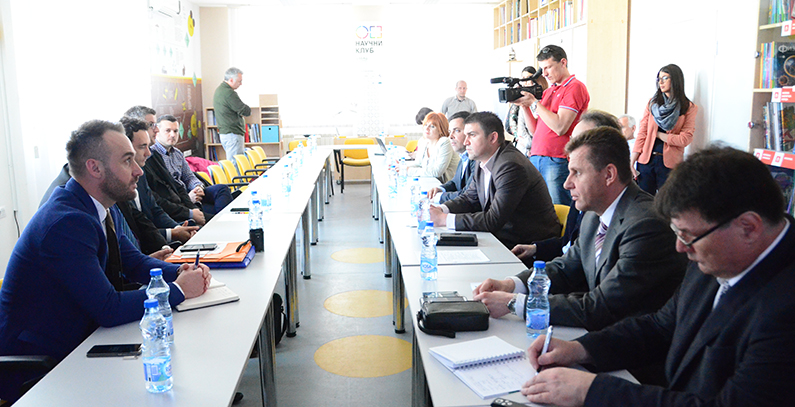 Delegation from Bosnia and Hercegovina visited Šabac, an administrative center in western Serbia, to learn about experiences of local government in implementation of energy efficiency policy and sustainable energy development.

Šabac has not been chosen by accident to host a delegation from BiH: this city is distinguished as a Serbian leader in smart energy development. Compared to other Serbian cities, Šabac is far ahead in energy rehabilitation of residential and public buildings, at the same time pioneering with Subotica, Niš and Kladovo a model of payment per consumption for district heating.

It is estimated that so far 20% of multi-family residential buildings in Šabac has been refurbished. Those buildings got new facades, windows and entrance doors.

Slaviša Kostadinović, member of Šabac city council explained that energy efficiency measures are financed by special revolving budget fund. The money from the Fund is being spent according to its annual program, which was adopted for this year by the City Assembly on April 19. 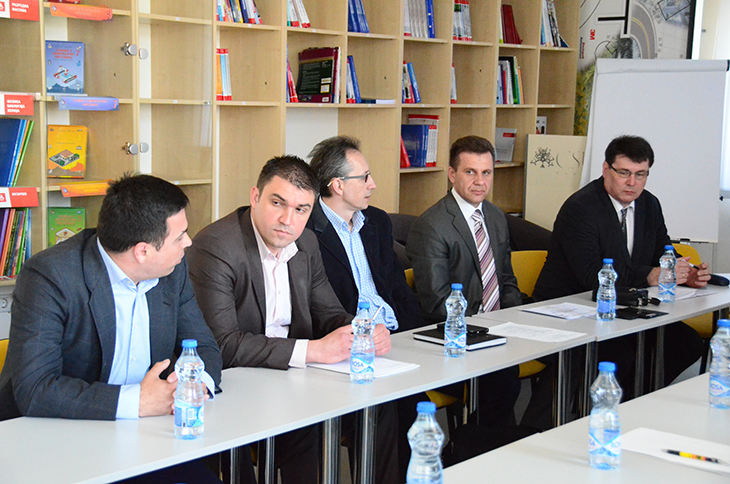 According to Kostadinović, the Fund will dispose with RSD 42 million (EUR 340.000): RSD 23 million will come from savings to be achieved due to installation of LED lights in public lighting system, while RSD 19 millions will be paid by citizens who will participate in financing of energy rehabilitation of theirs buildings with 50% of the total cost. Such system will unburden the budget, and all future savings will expand program’s capacity.

Ljiljana Jovanovic, Šabac’s residential sector manager warned that no matter how well the energy efficiency programs are designed, it is impossible to implement them without properly communication them to the public. In her experience, residents reacted positively when they were shown thermo vision images of their buildings because it confirmed their concerns about some parts of their apartments being colder than the others. That is why Jovanović believes that good communication team is of utmost importance because it can deliver convincing message of benefits and savings gained by thermal insulation through reduced heating bills.

Slobodan Jerotić, City’s energy manager said that Šabac is planning to build biomass heating plant of MW 20 of installed power. New facility will use agricultural biomass, which is being much less used than wooden biomass. 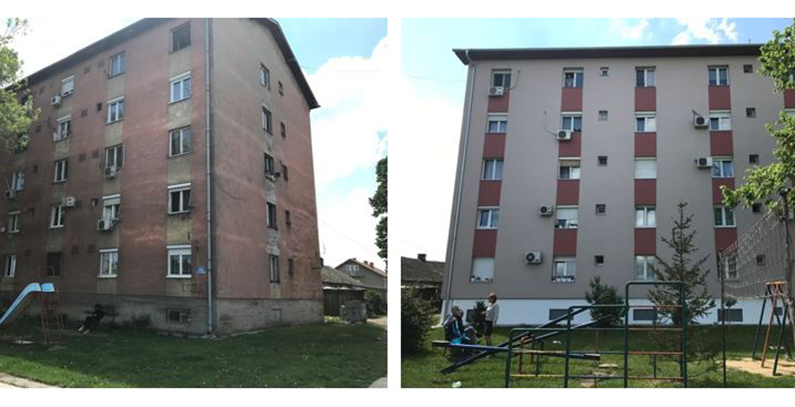 Local authorities are planning to realize this investment through public-private partnership; research study done by GIZ showed that there is enough available agricultural biomass in 25 kilometers radius which will be used as energy source by future facility.

The construction of a cogeneration plant is not planned, unless future private partner brings along investor for building an industrial plant, one which would spend heating energy from the new plant during summer season. That is not mission impossible because electricity produced in highly-efficient cogeneration plant are subject to feed-in tariffs.

So far, 14 companies have visited Šabac and expressed their interest to partner up and construct the new plant.

At this point, Šabac success story does not end:  installation of LED lights in public lighting system is currently underway in city center and in all 51 villages outside Šabac. The plan is to replace altogether  7,500 mercury-vapor lamps with LED lights. It is expected that this investment will pay-of in just 30 months.

As a project partner in CoolHeating Project, implemented under Horizon 2020, the City plans to develop small remote heating networks in villages and suburbs, which will also use biomass as energy source.

Šabac has been seriously planning to utilize its local energy sources to the maximum, such as geothermal energy and solar energy. The local city management is also planning to build a plant which will use biogas obtained from communal waste and waste water, as well as to map energy sources and connect them to GIS. Their strategic goal is to achieve energy independence.

One of the members of Bosnian delegation was Mustafa Čopelj, the team leader of Bosnia Energy Efficiency Program (BEEP) for Federation of Bosnia-Hercegovina entity. The budget of that program worth USD 32 million, whereas USD 19 million is dedicated  to the Federation and USD 13 million to the Republika Srpska. Čopelj said that recent adoption of the Law on Energy Efficiency for Federation of BiH is a positive step, but he warned that its implementation will be more challenging task. The biggest obstacles may come from lack of capacity of competent institutions. 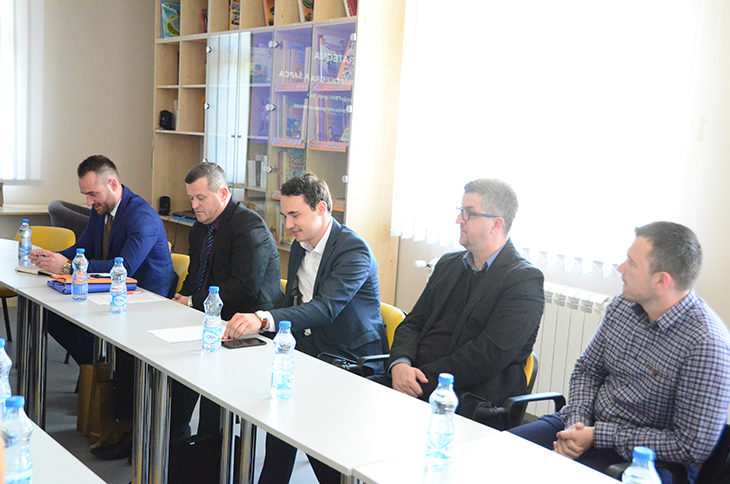 However, Čopelj is optimistic about the future, because hundreds of public building have been already refurbished, and numerous international organizations and development agencies (GIZ, UNDP, USAID, SIDA) support such projects. He said that within the project the majority of activities relates to thermal isolation of public buildings (schools, kindergartens and medical institutions),  but it also features replacement of fuels (biomass instead of heating fuel), installation of solar panels and modernization of heating systems.

Nihad Harbas, energy and climate change consultant, explained that Federation first adopted two bylaws, derived from the Law of Spatial Planning. After that Republika Srpska passed its own Law on Energy Efficiency, and only recently Federation did the same. He says that the biggest cost-saving potential is with residential buildings, but industry also should not be ignored. Also, in spite of many attempts to introduce private capital in energy business through PPP model, so far nobody have managed to do so in Bosnia. Harbas concluded that the progress cannot be achieved without secured financing and political will, which is the reason why nowadays projects are mostly financed with mixed models (grants and/or funds and participation of users).

Branislava Jovičič, Project Manager of Balkan Green Energy News, pointed out the importance of keeping the public regularly updated about the topics related to sustainable energy development. Jovičić believes that information about positive project results are very often not available to media. On the other side, there is no need either to keep silent on the mistakes and faults made, so they are not repeated in future projects.

Nihad Harbaš supported the statement by providing an example of BiH energy strategy, currently in the process of drafting and making a parallel to the recently held Third Energy Summit whose participants have had no information that such document is in the process of preparation.

There is growing awareness in Bosnia and Hercegovina about the necessity of energy saving, which is the reason why there is great interest to learn from good examples from the region.  This was confirmed by local government’s  officials from Jablanica and Konjic who said that they came to Šabac to learn more from its good practical experience. Those municipalities have already done some work to improve energy efficiency: Konjic installed LED public lighting, and Jablanica conducted energy rehabilitation of the public health center building, while also planning to do the same with high school building later this year. 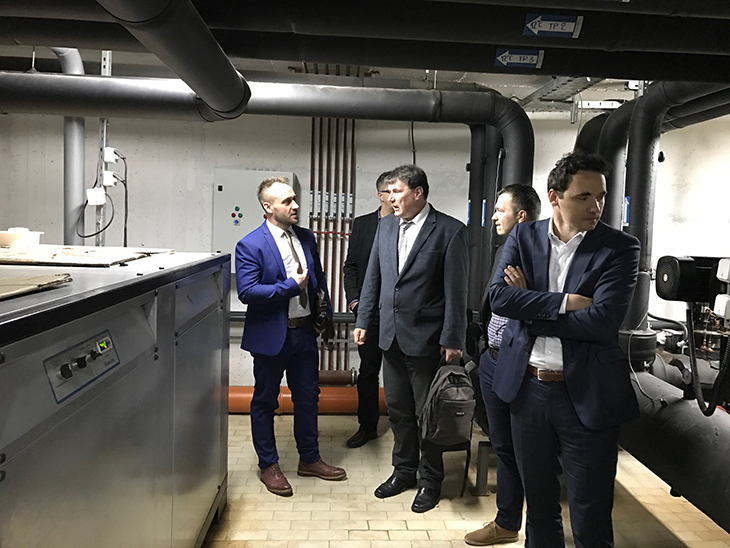 After the official talks were over, representatives of Šabac and BiH delegation toured the city – they visited several multi-family residential buildings which successfully completed energy