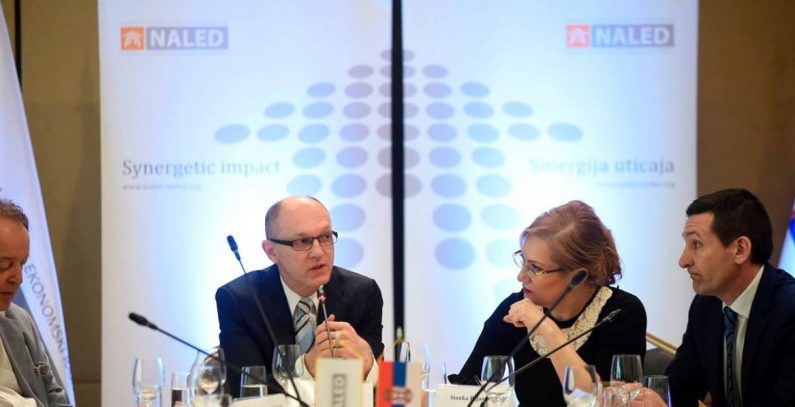 The Ministry of Environmental Protection has signed an agreement to cooperate with the National Alliance for Local Economic Development (NALED), the Deutsche Gesellschaft für Internationale Zusammenarbeit (GIZ), home appliances maker Gorenje, and drinks firm Coca-Cola HBC Srbija on a project to improve the management of electrical and electronic waste in Serbia, according to a statement from the ministry.

The project is aimed at creating a level playing field on the market and ensuring the state secures a comprehensive fee collection, said Stanka Pejanović, CEO of Gorenje in Serbia, which shoulders a EUR 3 million annual environmental fee burden and faces unfair competition from companies that do not pay this levy, according to reports. Pejanović explained that the goal is to create a single electronic register of producers and importers and reform the fee collection system through changes to procedures, as well as to improve the waste collection system in municipalities, according to a statement from NALED.

Of more than 11,000 producers and importers of products which after use become special waste streams – such as home appliances and IT equipment – only 49% filed annual reports to the authorities on quantities sold in 2017, NALED said, noting that these reports serve to collect environmental protection fees.

Companies that fail to pay the levy represent unfair competition given that the fee accounts for up to more than 10% of the retail price of a product, said NALED.

The GIZ, Gorenje, and Coca-Cola have secured funds for the project, which is envisaged to result in upgrading software for registering companies subject to the environmental protection fee and collecting the levy; linking line institutions – the ministry, the Serbian Environmental Protection Agency (SEPA), the Customs Administration, and inspectorates; and raising awareness about the importance of collecting and recycling electronic and electrical waste.

NALED members have also called for amending environmental protection fees when adopting laws on fees for the use of public goods, since the fees are currently collected based on real estate surface area or revenues, rather than on emissions, according to the statement.