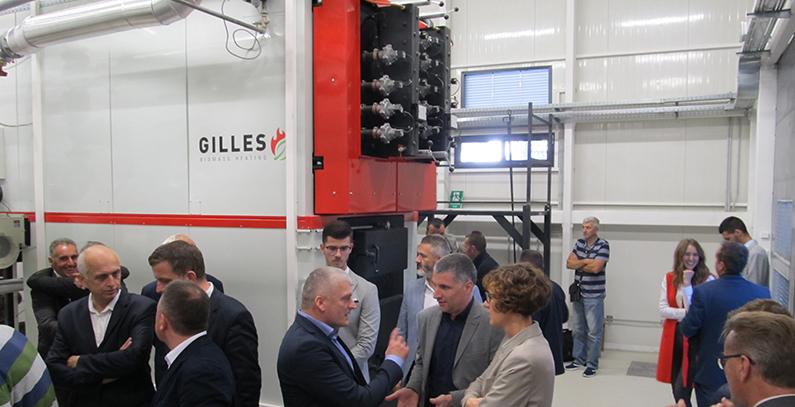 The City of Priboj has put into operation a new biomass heating plant, with a capacity of 1.8 MW, built with the help of the Government of Serbia and the German Organization for International Cooperation (GIZ), which will provide heating for four schools and a children’s clinic in the city. The investment, worth RSD 126 million (EUR 1.07 million), was funded by Serbia’s government, while GIZ provided technical support for the project.

Thanks to the lower price of wood chips, which will be used as fuel instead of heating oil, the new biomass heating plant will not only improve the health of Priboj’s residents but also bring considerable savings in the city’s budget. Given that this fuel is supplied by local suppliers, the new plant will also contribute to local economic development and create new jobs, according to GIZ.

According to earlier reports, construction on the new plant was launched a little over a year ago.

Mayor Lazar Rvović said that Priboj is willing to share its experience in switching from “dirty” and expensive fuels to biomass with other municipalities in order to help improve economic and ecological development in Serbia at the local level. Priboj already has a 0.9 MW pellet-fired heating boiler, which has supplied heat to four public buildings since 2016.

Rvović also said that a trilateral agreement has recently been concluded with the German development bank KfW, the Serbian Ministry of Mining and Energy, and the Ministry of Finance to build a large, 8 MW heating plant, in an investment worth EUR 6 million, while GIZ recalled that a contract has already been signed and tendering for the project launched.

According to Rvović, with the construction of this facility, Priboj will fully switch to biomass-fired heating, which he described as a “great achievement at the European level, not only in Serbia.”

Milica Vukadinović, manager of the German-Serbian Development Cooperation’s program called the Development of a Sustainable Bioenergy Market in Serbia, which is implemented by GIZ, recalled that the two years ago the City of Pirot replaced heating oil-fired boilers at four schools with biomass boilers through a public-private partnership project backed by GIZ.