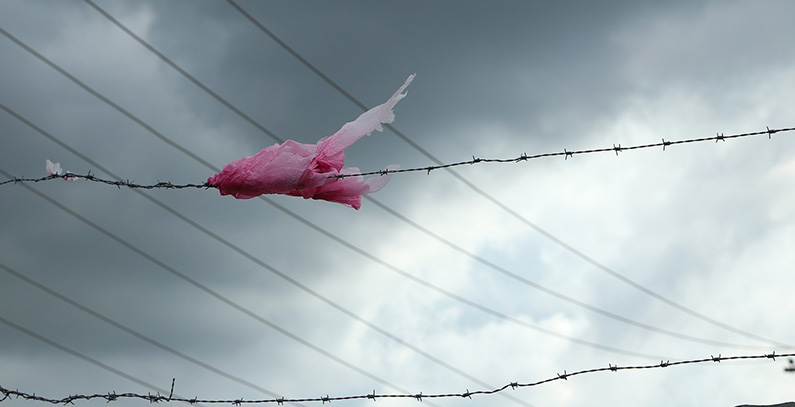 Stakeholders disagree on the legality of rules, suitability of solutions from a number of EU states and the benefits of the introduction of compostable and biodegradable materials. The only common stance is that Serbia needs to resolve the matter in parliamentary procedure and, after that, relevant bylaws.

Representatives of the state government and the City of Belgrade, manufacturers of plastic bags and packaging and the products for which it is used, retail chains and scientific and specialized institutions participated in a vigorous debate about limitations and further steps in the use of plastic bags. All agreed only that Serbia has to regulate the issue in a systemic way – a law and rules harmonized with it. Producers are complaining of uncertainty in policy regarding plastic bags.

Belgrade used the Law on the Capital City as the anchor for the decision to ban the sales of the class with thickness between 15 and 50 micrometers. It came into force on January 1, and it was adopted already in September 2018. In the meantime, biodegradable bags were excluded.

Several municipal authorities passed rules similar to the one from Belgrade. Manufacturers have opposed such an approach. They claim the law must be the same in the entire territory, though they generally accept the plastic bags would have to be used less.

The introduction of the system in the capital city prompted them to dispute its compatibility with the constitution. It often takes several years for the Constitutional Court of Serbia to make a judgment and the companies stress they are suffering irreversible losses without clarity about the future.

Thinner special bags can decompose in holes people dig in their backyards, while other versions, including those with additives, warrant industrial equipment, high temperatures and a much longer time. There aren’t any such composting facilities or production from natural materials like starch in the country. Moreover, waste management and processing are at a very weak level and bags from households are barely recycled at all!

Siniša Mitrović, who heads the Center for Circular Economy in the Chamber of Commerce and Industry of Serbia, noted that manufacturers operate by existing rules. The state would need to provide subsidies for any sudden turn and ease the burden of the transformation, he added. The players in the sector are obligated to pay the environmental levy and the fund could be a source of financing.

Fraudsters print mark but they do not put additives in

The main sticking points in the debate were the harmonization of rules, whether the practices in a number of EU states were suitable and the benefits of the introduction of compostable and biodegradable materials. Producers are complaining of unfair competition, asserting some rivals aren’t paying what they are due and that they don’t include additives necessary for the so-called oxo-degradation.

Alongside them, supermarket chain operators pointed to the inspection’s responsibility. The retailers claim suppliers can ship them a batch of banned bags after a round of regular samples and that the goods should be tested at the source. Plastics with biodegradation additives is marked. They usually make up 1%.

Dutch-Belgian company Koninklijke Ahold Delhaize NV, which has a branch here registered as Delhaize Serbia doo, plans to completely switch the packaging for its private label to recyclable and compostable materials by 2025.

ALL KINDS OF BAGS MUST GO THROUGH PROPER WASTE STREAM

If compostable bags get to water streams, they lack light and oxygen. Then they aren’t decomposing but fragmenting into harmful microplastics. The tiny pieces enter the food chain just like polyethylene. The overall consequences of the process aren’t yet determined as it is a relatively new phenomenon in the world. The time for biopolymer bags to turn into compost, water and carbon dioxide depends on the technology, but in household conditions it shouldn’t be longer than several months.

Profiteering and margins on sales of plastic bags

The participants mentioned the cases of astronomical margins at supermarket tills as well. Manufacturers of plastic bags say the spread endangers them as it impacts the consumers’ purchasing power. The attendees didn’t discuss the possibility to regulate tariffs for plastic bags and divert a part of the revenue to the management of the waste type.

The Serbian chamber’s sectoral group produced a draft rulebook on technical characteristics. All interested parties are also working on a national strategy and the amendment of the Law on Packaging and Packaging Waste.

No penalties in Belgrade in first six months

The City of Belgrade told inspectors, as the existing rulebook is obsolete, not to fine retailers and services providers in the first half of the year but only to warn them. Namely, some kinds of degradable bags can’t enter the market at the moment.

Biopolymers can’t be composted in Serbia at the moment. German international cooperation organization GIZ is working on a project for two composting units. Italian firm Novamont intends to join forces with the government and build a test facility in Gornji Milanovac, followed by several more. The idea is to compost organic waste together with the bags.

The impact of the additives from so-called biodegradable bags on the environment is an issue. If the material isn’t managed the way it was supposed to, chemicals and metals including cobalt are spread into nature! They are used to break down oxo-biodegradable plastics into a form digestible by fungus and microorganisms.

There were producers at the meeting who highlighted the advantages of polyethylene terephthalate, also known as PET, for repeated use. Primary selection of waste is necessary to utilize the potential.

Viktor Grujić, owner of company Polipak, says the use of bags with thickness of 15 to 50 microns should be limited and not prohibited, and that the measures need to be equal for all materials. He pointed to the rapid drop in the consumption of plastic bags after the introduction of a mandatory charge in retail purchases in 2018. The annual rate weakened to below 90 per resident, in line with existing EU guidelines.