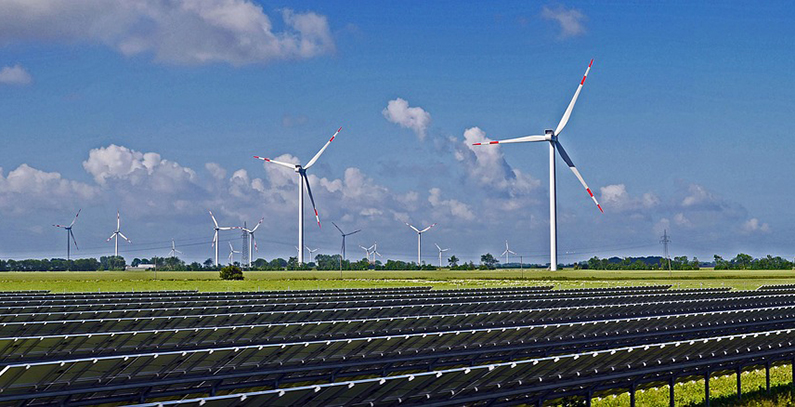 North Macedonia, Montenegro, Bosnia and Herzegovina, and partly Serbia, among other Energy Community Contracting Parties, are about to make some major changes in the renewable energy sector. The regulatory framework is being changed, and tendering for solar and wind power is to be introduced.

These are some of the highlights from the 7th Energy Community Renewable Energy Coordination Group meeting in Vienna, where representatives of the Contracting Parties presented the ongoing situation in the renewable energy sector. 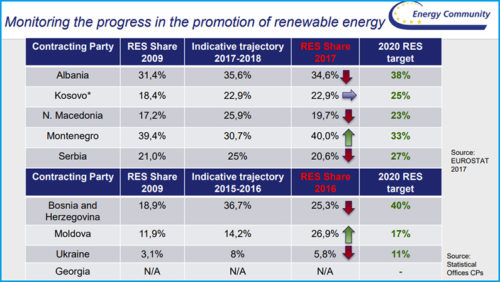 The Coordination Group also adopted an ambitious Work Programme for 2019-2020 including finalizing the implementation of the Renewable Energy Directive; promoting citizen participation in the development of renewable energy projects; and introducing market-based support schemes for renewables.

It was noted that most of the Energy Community Contracting Parties in the Western Balkans are below the indicative trajectory for reaching the 2020  renewable energy targets.

NORTH MACEDONIA – Tendering for solar to be announced by May

A public call for the construction of solar power plants on state-owned land, with feed-in premiums (FIP), will be issued by May 2019. At the same time, premiums will be granted for investments on privately-owned land.

The Rulebook on Renewable Energy Sources, which is in the final phase of adoption, will allow micro and small enterprises and households to set up PV installations on roofs to generate electricity for self-consumption, while surpluses will be delivered to the system – prosumers.

The budget of the Ministry of Economy for 2019 envisages MKD 50 million (EUR 812,738) for subsidies to purchase and install solar collector systems, PVC windows, and pellets for households.

Tendering for granting long-term lease of state-owned land for the construction of two renewable energy projects is planned to be launched by the end of the second quarter of the year – for a 60-65 MW wind farm in the Budva and Bar municipalities, and for a 50 MW solar power plant in the Podgorica municipality (Velje Brdo locality).

The introduction of a market-based support scheme is planned through amendments to the Energy Law, which should be adopted this year.

The preparation and revision of the Preliminary Design with the Feasibility Study and the Environmental Impact Assessment Study of the HPP Komarnica (155 MW) is also planned to be completed during 2019.

Working Group for the development of market-based support schemes was established in October 2017, and a public consultation on the proposed reform is planned to begin in April 2019.

For large-scale installations, two key proposals have been put forward by the Working Group:

For small-scale installations, the reform elements include:

In March 2019, the Republika Srpska (RS) government adopted and sent to the National Assembly a new bill on renewable energy, with wind power plants excluded from the incentives model.

According to the Federal Ministry of Energy, Mining, and Industry, the law on renewable energy will be changed in the fourth quarter of 2019.

FBiH also adopted a revised REAP in November 2018. The solar PV quota was increased from 11 MW to 23 MW, while a new dynamic quota was introduced for biogas, in the amount of 1.2 MW.

The European Bank for Reconstruction and Development’s (EBRD) study on the introduction of auctions for larger solar and wind power plant projects will be completed by April 2019. 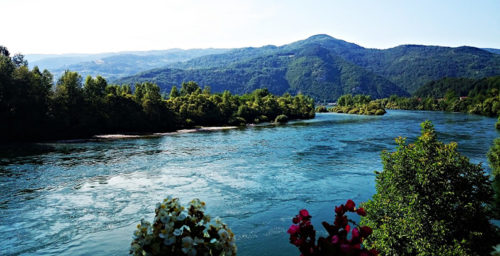 A new support scheme will not be fully in line the Environmental and Energy State Aid Guidelines (EEAG). For small-scale projects, the government intends to keep FIT.

The Ministry of Mining and Energy has requested the preparation of several studies that would provide a realistic view of the technical potential for the use of renewables: