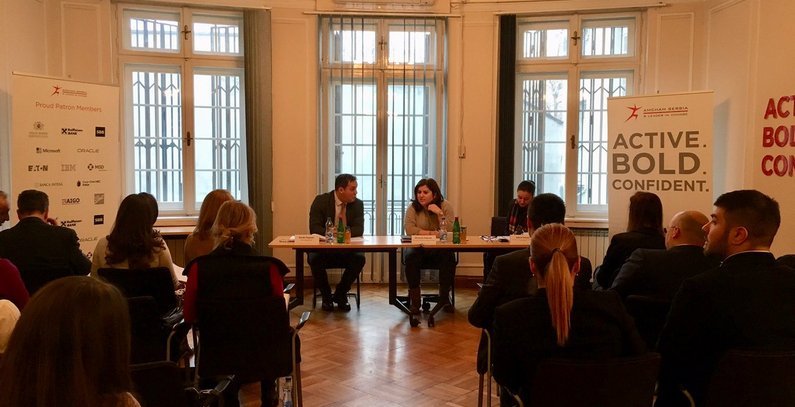 The first auctions for privileged renewable energy producers are expected in 2020, State Secretary at the Ministry of Mining and Energy Mirjana Filipović said at a roundtable with members of the American Chamber of Commerce (AmCham).

She noted that in the forthcoming period, the system of auctions for granting the status of privileged producers of electricity from wind farms and solar power plants will be developed, with a more detailed model and procedure yet to be determined by the Ministry.

The first auctions are expected next year, said Filipović, who sees Serbia’s share of renewable energy sources in final consumption reaching close to the 27% target set by the European Union by 2021.

In November last year, the Serbian government extended the decree on incentives for the production of electricity from renewable energy sources and high-efficiency heat and power cogeneration.

After the decree was extended, representatives of the Ministry of Mining and Energy announced that the first auctions would be held this year.

Mirjana Filipović, who is also head of the negotiating group for Chapter 15 of EU accession talks, which deals with energy, said that Serbia is working on harmonizing regulations and adopting EU recommendations as part of preparations for the opening of the chapter.

According to Filipović, further liberalization of the energy and gas markets is the basic precondition for opening the chapter.

Much yet remains to be done, with major reforms to be implemented, which requires more time, Filipović said, adding that the ministry will in the meantime continue to align its legislation with the EU Winter Energy Package, which it believes will be reflected in the future reports of the European Commission.

Đorđe Popović, vice chair of the Energy Committee at AmCham, emphasized the importance of the implementation of the Energy Community’s recommendations and the adoption of EU legislation for the further development of the Serbian market.

Companies are particularly interested in the ministry’s plans for the development of the market for renewable energy sources, as well as in the improvement of energy efficiency, the adoption of new models of power purchase agreements, and the creation of preconditions for wider use of electric vehicles in Serbia, he said.