Nexans to begin laying cable to Syros under Aegean Sea 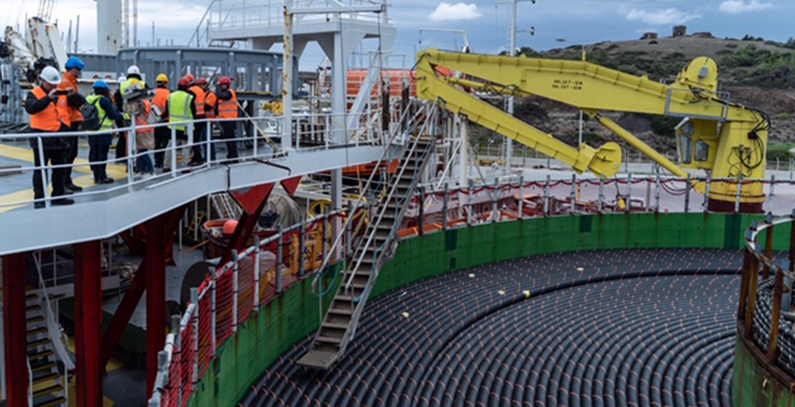 Top officials from the Independent Power Transmission Operator SA (IPTO or ADMIE) of Greece and contractor Nexans SA, based in France, announced yesterday in Lavrion port that boats are about to start rolling out the electric cable in the third phase of establishing an interconnection with Cyclades Islands.

The first, 28-kilometre section of the submarine link will be laid in a matter of days, the state-owned firm added and noted the plan is to finish the remaining 80 kilometres in the first quarter and reach the island of Syros. ADMIE claimed the cable project, which is being launched southeast of Athens, would be completed in a year.

The 150-kV HVAC (high-voltage, alternating current) submarine interconnection will be the second one, doubling the transmission capacity, according to the statement. Greece’s transmission system operator or TSO said the new infrastructure under the Aegean Sea would prop up supply and push down the prices of electricity. 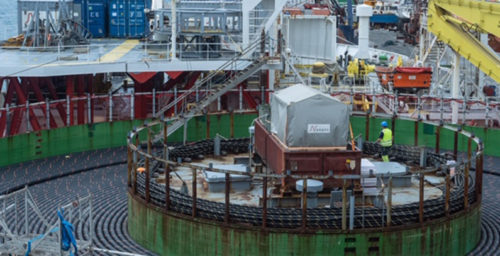 The EUR 111 million cable to Syros, Paros, Naxos and Mykonos will ease the utilisation of renewable energy sources, according to the firm. Works on the link are cofinanced by the European Union and the government.

Τhe phase C of the Cyclades electrical interconnection, which has already been accelerated by two years, will safeguard the supply and provide backup for a planned or sudden shutdown, according to ADMIE’s chairman and chief executive.

Two 328-kilometre HVDC (high voltage, direct current) cables are planned to be installed under the Sea of Crete and the Myrtoan Sea to connect the Balkan country’s biggest island also with Attica peninsula, where the capital city is situated. A EUR 365 million link from Crete and the southeastern tip of the Peloponnese peninsula is set to come online next year.

China has expressed interest in purchasing a 20% stake in ADMIE’s subsidiary running Ariadne, the first of the two international endeavors. The deadline for it is 2023.