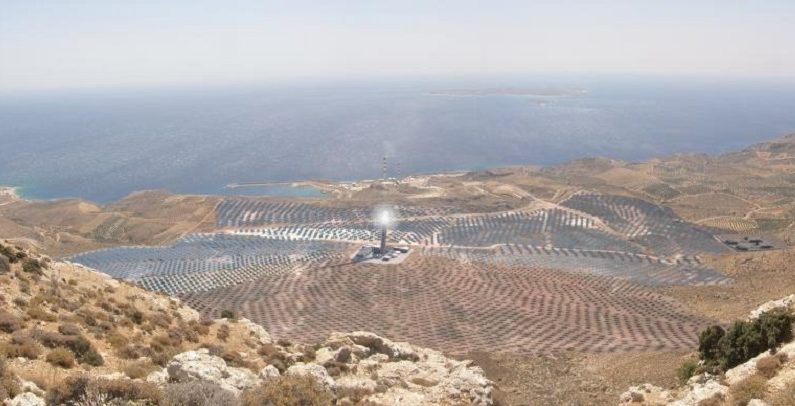 China’s president Xi Jinping left Greece with 16 bilateral deals, after an official three-day visit, where the focus was placed on the most populous country’s massive Belt and Road Initiative for infrastructure, manufacturing and trade across Asia, Africa and Europe. The projects include the interconnection cable which is planned to be installed between Crete and Attica and a 50 MW concentrated solar power or CSP facility on the island.

Other agreements covered the framework for investment on the bilateral level, media, sports, transport, education, banking and agricultural products. On November 11, at the start of Xi’s return visit, his government expressed interest in purchasing a 20% stake in Ariadne. The endeavor worth EUR 1 billion is for two 328-kilometre high voltage direct current (HVDC) cables under the Sea of Crete and the Myrtoan Sea.

The entity is a subsidiary of Independent Power Transmission Operator SA, also known as IPTO or ADMIE. The project, aimed to be completed by 2023, would be joined by State Grid Corp. of China, according to the document. Chairman Wei Kou represented SGCC, which controls 24% of ADMIE.

Separately, it said it wants to boost the share. Wei met with Greek minister of energy Costis Hatzidakis and the transmission system operator’s chairman of the board and chief executive Manos Manousakis. SGCC has the preferential right to buy any stake that would be divested of.

The world’s second-largest economy agreed to cooperate in the construction of the Minos CSP power plant in Atherinolakkos near Sitia in the island’s east. It was developed by Nur Energie Ltd., which obtained the electricity licence in 2011. Minos stands for Minimum Intermittency Operating System. The deal was signed by Industrial and Commercial Bank of China Ltd. (ICBC), Energy China Group and construction firm Preneton Co. from Greece.

It was the first time China’s current head of state came to Greece. Prime minister Kyriakos Mitsotakis went to China one week before. Xi asserted they are “natural partners” in the Belt and Road Initiative. Of note, Bank of China Ltd. is establishing a branch in Athens and ICBC is setting up a representative office, the two countries said.