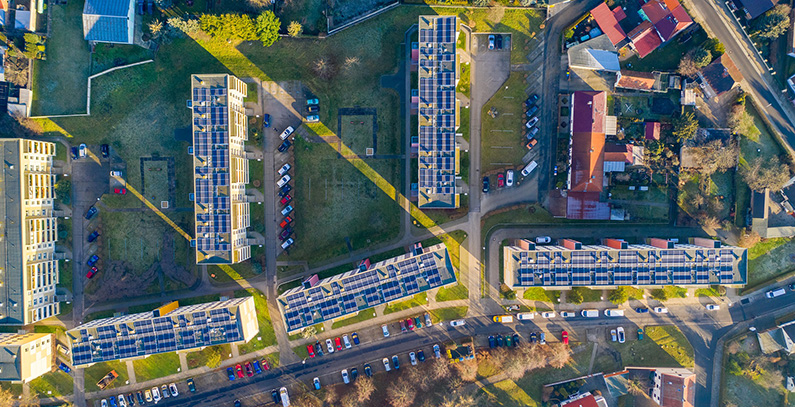 The authorities are working on changes in the Law on Energy to help increase the capacity of solar systems, the chief of the Directorate for Energy Marko Radulović revealed. With the new law, solar prosumers may get better conditions in Montenegro and the state is also preparing to include the technology in an energy efficiency program.

Households may profit by setting up photovoltaic systems on their buildings as the prices are currently favorable, according to a government official in Montenegro. Marko Radulović, who heads the Directorate for Energy and Energy Efficiency, has claimed solar prosumers would benefit from the upcoming changes in legislation and, furthermore, revealed that solar panels would be included in the next energy efficiency program for homes.

Settlement for prosumers to be in one-year intervals

The tariff is between EUR 0.05 and EUR 0.12 per kilowatt-hour depending on the ratio of the system’s capacity and the operator’s consumption, he said at a panel at the Faculty of Mechanical Engineering, as quoted by Pobjeda. He pointed to the Law on Energy, which allows all consumers to install units of a maximum of 50 kW and send excess power into the grid.

The Ministry of Economy, which runs the said agency, is working on changes that will give investors in commercial photovoltaics a boost, Radulović asserted. He stressed the balance reading would be switched to one year. The settlements system currently works on a monthly basis.

The government’s representative highlighted the efforts to establish a domestic power exchange and added necessary provisions would be in the amendments. The ministry expects the market to become functional within a year and a half, he said.

Separately from the improvement of conditions for solar prosumers, he stated the next phase of the energy efficiency scheme for households would enable the delivery and installation of panels that generate electricity or heat water from the Sun’s energy.

The public call for citizens in the new round of the Energy Efficient Home interest-free loans is scheduled for May, Radulović said. He underscored Energy Wood and Montesol have also been implemented among energy efficiency measures in Montenegro.

Together with Germany’s KfW Development Bank, the state has been helping the educational sector in the same field since 2012. Almost 1,500 homes have undergone energy makeovers, worth EUR 3.6 million, Radulović said.

Deputy mayor Slađana Vujačić claimed Podgorica is on the way to completely cover public lighting with LED technology. The capital city started the EUR 4.6 million project last year. It is almost entirely self-sufficient and more than 11,000 units have been installed so far, she said.

The local authority is preparing energy efficiency measures for several buildings in cooperation with international partners, Vujačić stated and hinted at other future incentives and subsidies for homeowners.