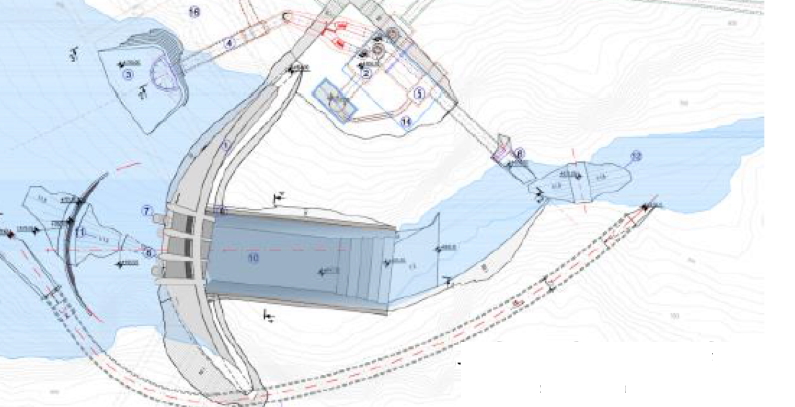 An investment of EUR 246.5 million is underway as the cabinet led by Prime Minister Duško Marković opted for the version of the project of the Komarnica hydropower plant that is the least harmful to the environment. The detailed special plan for the area in Šavnik and Plužine defines a facility with an annual production of 209 GWh.

The Government of Montenegro has issued a proposal for the detailed spatial plan for the area of the multipurpose reservoir on the Komarnica river in the country’s northwest. The process included a strategic environmental assessment, said Marina Izgarević Pavićević, General Director of the Directorate for Spatial Planning in the Ministry of Tourism and Sustainable Development. The version adopted for the Komarnica hydropower plant of 170 MW is with a lower elevation of the lake than the most profitable option, with which the population has already agreed.

It means the facility won’t be as cost effective as it could be, but all elements of the environment have been protected, according to the announcement. The project in the municipalities of Šavnik and Plužine is estimated to be worth EUR 246.5 million.

Regarding the controversy about the rise in the valuation from the EUR 185.2 million, which was suggested a year and a half ago, EPCG claims the estimate was from 1988 and outdated

Fidelity Consulting pointed out that the government valued the hydropower plant at EUR 185.2 million just a year and a half ago. State-owned electricity producer Elektroprivreda Crne Gore (EPCG) responded with a claim the figure was an equivalent of a projection from 1988. It added new comprehensive studies and research were conducted and that the Jaroslav Černi Water Institute and Energoprojekt hidroinženjering have authored the preliminary design.

The Komarnica hydropower plant is seen with a dam of 171 meters with a maximum length of 211 meters and a radius of 440 meters at the top. The projected annual production is 209 GWh.

The predicted period of construction is five years

The detailed plan covers 5,577 hectares and the accumulation’s surface should reach 818 meters above sea level. There were three more solutions and the selected one has no impact on the Nevidio canyon and the town of Šavnik, Izgarević Pavićević asserted.

The construction should take five years, she revealed and added the document was sent to Bosnia and Herzegovina for evaluation. All suggestions from the neighboring country have been implemented with the detailed spatial plan and the strategic environmental assessment, in her words.

The document will be sent to the Parliament of Montenegro for adoption.