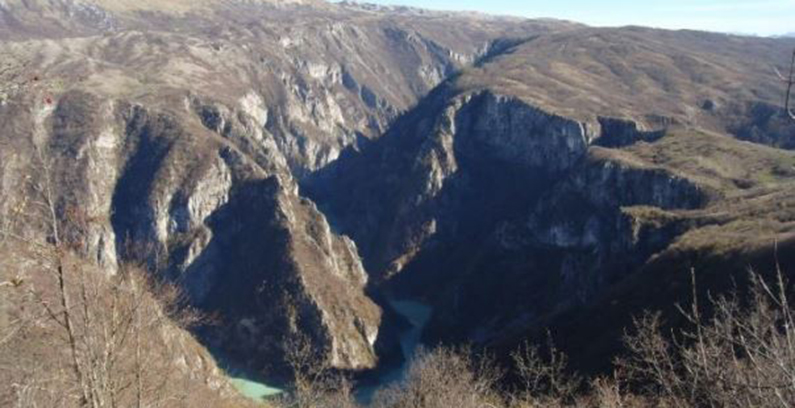 The value of investment in the construction of the Komarnica hydropower plant (HPP) in Montenegro is estimated at EUR 237.9 million, according to the concept of the detailed spatial plan for the multipurpose water reservoir on the Komarnica river.

The proposed installed capacity of HPP Komarnica is 168 MW and the estimated annual electricity production 231.8 GWh, according to a document published by the Ministry of Sustainable Development and Tourism following a one-month public debate.

There have been no remarks concerning the concept from interested stakeholders or from more than 20 state institutions. The next step is to prepare the draft of the detailed spatial plan for the multipurpose water reservoir on the Komarnica river for the adoption by the Parliament of Montenegro.

HPP Komarnica will use the hydropower of the Komarnica river, between the HPP Piva reservoir and the area of ​​the village of Šavnik, to the Nevidio canyon, which will not be endangered, the document underlines.

Some of the earlier options envisaged the sinking of the Nevidio canyon, which caused negative public reactions.

The goal of HPP Komarnica’s construction is primarily the use of hydropower potential for the production of electricity from which significant economic effects are expected, the document reads. In addition to its primary purpose, the water reservoir can be used for water supply, irrigation, fish farming, tourism, and recreation.

Montenegrin Minister of Economy Dragica Sekulić has said in an interview with Balkan Green Energy News that there is a broad consensus and interest of all parties for the construction of HPP Komarnica.

According to Igor Noveljić, CEO of Montenegro’s state power utility Elektroprivreda Crne Gore (EPCG), Energoprojekt Hidroinženjering and Institut Jaroslav Čarni, as a consortium selected to develop a design for HPP Komarnica, have produced an environmentally acceptable technical solution. In an interview with Balkan Green Energy News, he added that the project is being developed under a cooperation agreement with Serbia’s state power company Elektroprivreda Srbije (EPS).