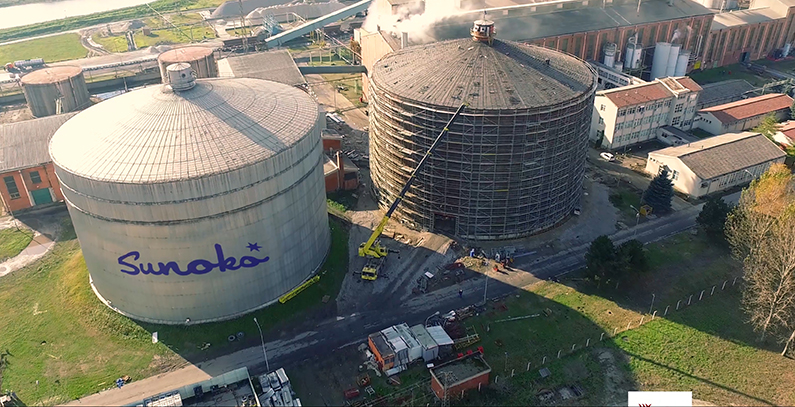 MK Biogas, a subsidiary of MK Group, intends to invest EUR 8.1 million in a 2.4 MW biogas power plant, which should be eligible to receive feed-in tariffs. The project design is under way, while the launch of construction of the plant near the City of Vrbas is planned for September and the beginning of operation for February 2020.

MK Group will apply Germany-based Wabio Technologie GmbH’s solutions to this project, the company said in a statement.

MK Group will apply to get the biogas plant under the feed-in tariff system.

One of the goals is to obtain the status of a privileged electricity producer for the power plant, though the company is at the beginning of that process, MK Group said.

The estimated generation of electricity is around 20,000 MWh annually, enough to supply 5,000 households.

Predrag Božić, director of MK Biogas, said that MK Group’s companies have a lot of waste raw materials, including from farms and the meatpacking industry, as well as by-products from sugar beet, which can be used for electricity generation.

MK Group has confirmed its strategic commitment to sustainable energy sources through its partnership with Italy’s Fintel Energia Spa, according to the statement.

The cooperation that began in 2007 was a pioneering step in Serbia in the field of green energy, which led to the installation of wind farms and solar panels. MK-Fintel Wind, a joint venture company, opened the first wind farm in Serbia – the 9.9 MW Kula wind farm – at the end of 2015.

In October 2016, the company unveiled the 6.6 MW La Piccolina wind farm, and in mid-2017, construction of the 69 MW Košava wind farm started. At the beginning of this year, MK-Fintel Wind announced the construction of three wind farms, of which the 572 MW Maestrale Ring is planned to be the largest onshore wind farm in Europe.

It could be said that investments in biogas plants in Serbia have experienced a boom over the past three years, following a decision to increase the feed-in tariff in 2016. Currently, this state subsidy ranges from 15 to 17 eurocents/kWh.

At the end of 2018, Miloš Banjac, assistant energy minister in charge of renewable energy sources and energy efficiency, said that the new renewable energy scheme will not introduce caps on small-scale wind farms, biogas facilities, and small hydropower plants (SHPPs).

It is possible, however, as he said, that there will be changes to feed-in tariffs for biogas facilities.