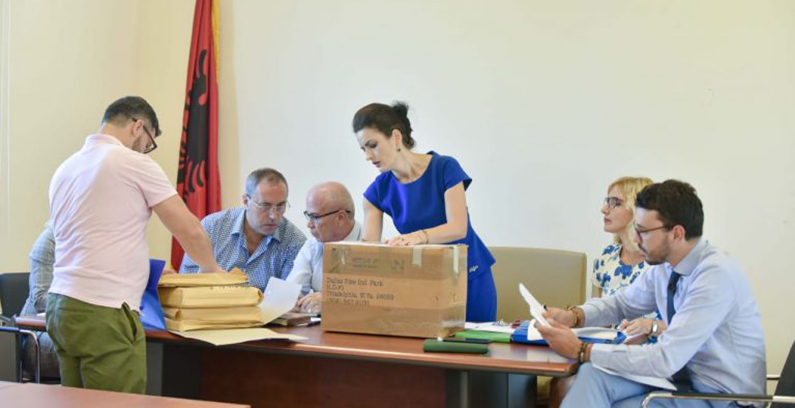 Albania’s Ministry of Infrastructure and Energy has received six bids from international companies for building a solar photovoltaic (PV) power plant, the ministry has said in a press release.

Last month, the ministry launched a bidding procedure for the construction of a solar plant for the generation of electricity in the Akerni area in the municipality of Vlora, with 50 MW of the plant’s installed capacity to be backed by incentives the government approved in June, and an additional capacity of between 20 MW and 50 MW not to be subject to the support measures.

A spokesman for the ministry declined to name the bidders, but told Reuters they were US and European companies, according to media reports.

At the opening of the bids, in the presence of the Special Commission, bid documentation of the six companies was presented, according to the press release on the ministry’s website.

Qualified bids will be reviewed and evaluated according to the qualification and evaluation criteria as well as the bid evaluation methodology, as defined by the tendering documentation, the press release reads.

The ministry said this procedure is one of the most important achievements in the country’s energy sector, adding that the project is in line with the Albanian government’s policies for the promotion of renewable energy sources and foreign investments.

Project agreement to be valid for 30 years

The duration of the project agreement is 30 years, while a power purchase agreement (PPA) is to be signed for a period of 15 years.

Bidders were required to cite a quotation for a fixed 15-year fee in euros, per MWh, as part of the support measures, and commit to build additional capacities from 20 MW to 50 MW, which will not be backed by the incentives.

The PV power station must be constructed within 18 months from the signing of the project agreement.

The European Bank for Reconstruction and Development (EBRD) is helping the Albanian Ministry of Energy and Industry to develop a regulatory framework for solar power.