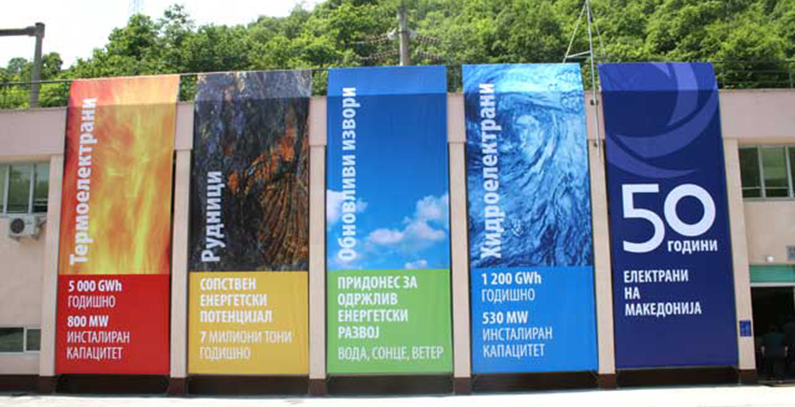 The Macedonian government doesn’t plan to privatize power company Macedonian Power Plants (ELEM). It, however, intends to implement unbundling in the company as well as the electricity transmission system operator MEPSO by following the example of other countries in the Western Balkans, the Macedonian media reported.

The Western Balkans countries as the Energy Community Contracting Parties and candidate and potential candidate countries for the EU membership, have an obligation to harmonize their laws with EU regulations, including in the field of energy. This means that they have to implement the ownership unbundling in energy companies.

At the signing of a contract for revitalization of Dubrovo substation last week in Skopje, Kocho Angusev, Macedonian  Deputy Prime Minister in charge of economic issues, said that the Macedonian government doesn’t plan to privatize ELEM.

He said that the unbundling will be implemented by entrusting competences over ELEM and MEPSO to different national institutions, as the other countries in the region have done.

According to him, Macedonia has been preparing a new energy law with the help of the Energy Community, adding that the aim is to ensure the implementation of all EU regulations.

Serbia amended its Law on Ministries after the Energy Community Secretariat had issued in June a negative opinion about the certification of Serbian transmission network operator EMS, stating that it was not unbundled in line with the ownership unbundling model as required by Article 9 of the Electricity Directive.

Until then, one ministry was in charge for both EMS and state power company EPS. By amending the law, the competencies over public companies which produce or supply electricity were then transferred from the Ministry of Economy to the Ministry of Mining and Energy.