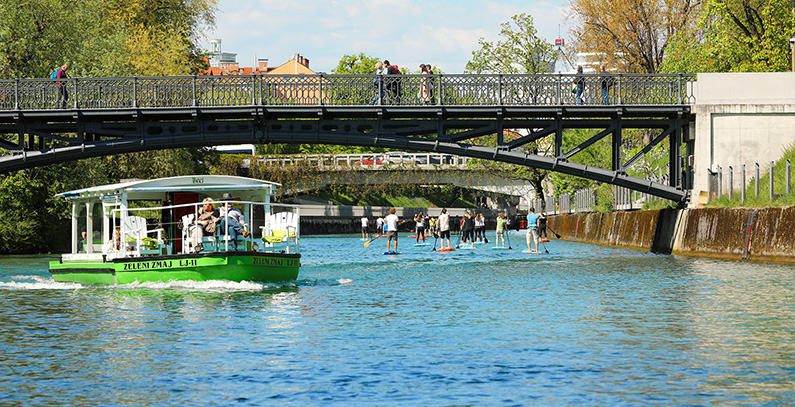 Krüger and Veolia were picked to improve biogas output and energy efficiency in the processing of a water purification byproduct in Slovenia’s capital. Ljubljana is overhauling the regional sewage and wastewater management network with a EUR 111 million budget. The government is mulling options for the utilization of the sludge.

In the biggest cohesion project in Slovenia, international partners have been hired to install an energy efficient solution for the capital city’s water utility. Krüger A/S provided its thermal hydrolysis technology, branded Exelys. The unit will be added to the far end of the Ljubljana sewage system, at the Central Wastewater Treatment Plant, to process sludge.

Veolia Environnement SA, which controls the Danish firm, is assembling the turnkey equipment. The compact system decreases the volume of dry solids by 25% to 35%.

At the same time, biogas output from the anaerobic treatment is 30% to 35% stronger than with conventional gear, engineers said and stressed the process is odor-free.

The digestion-lysis-digestion unit is projected for 19,400 tons of dissolved solids per year in anaerobic digestion and 10,800 tons in thermal hydrolysis. Krüger says its compact tech lowers expenses on digesters and that it reduces the energy needed to dry the material.

The biogas is burned to dewater the sludge and heat the digester. The company is also active in water processing and sewage and control over water treatment plants.

It operates consulting and services businesses. Krüger has the ability to collect biogas from household waste and wastewater sludge at the same time and use it for heating and to generate electricity.

Almost all Ljubljana homes getting sewage

The European Union funded the overall endeavor with EUR 69.1 million, compared to EUR 111 million in total. The sludge treatment plant in Ljubljana is a part of the major sewage system overhaul aimed at preventing wastewater to reach groundwater and the Ljubljanica river.

Slovenia earmarked EUR 12.4 million and the remainder was covered by the capital city and surrounding municipalities. The population coverage will be boosted to 550,000 from 360,000.

The share of households connected to sewage has already grown to 88% from 68%. The target for the urban agglomeration is 98%. Ljubljana itself has almost 300,000 inhabitants. The authorities promised to remove 4,500 cesspools.

Ljubljana is implementing the project through its sewage and waterworks enterprise JP Vodovod kanalizacija snaga doo, which is extending the existing wastewater purifier with Krüger’s plant. The local authorities and the Government of Slovenia have been improving energy efficiency, supporting the use of renewable energy sources and working on sustainability in numerous projects.

It is possible to use processed wastewater sludge as fertilizer. However, Slovenia’s Ministry of the Environment and Spatial Planning has recently said most of the material from domestic facilities may contain heavy metals, making it unsuitable.

Wastewater sludge contains organic substances, nitrogen, phosphorus and minerals. It is known also to be utilized in the rehabilitation of former quarries, industrial sites and landfills and in construction.

The ministry said it would be in favor of producing alternative solid fuels from the byproduct but that the quality is weak. Sludge can be coincinerated for the short term, as an additional fuel in thermal power plants, but incineration would require new industrial facilities.