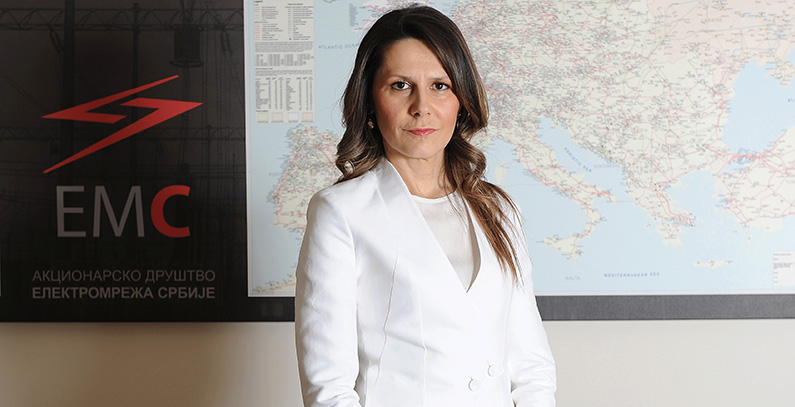 The Serbian government appointed Jelena Matejic as the General Manager of the state-owned Joint Stock Company Elektromreža Srbije (EMS), after almost a year of performing the function of acting Manager of the company, Serbia’s electricity transmission system operator (TSO) EMS said in a statement.

“She was elected in a public competition organized by the government in March 2017. In total 9 candidates applied”, Serbian media reported.

EMS said in a statement that Jelena Matejić graduated from the Faculty of Economy of the University of Belgrade. In addition, she took specialist courses at WIFI institute (Austrian Development Agency) and earned a project manager title.

“She has gained rich working experience during years in the private and public sector. Jelena Matejić worked for Mark Plan, Delta sport, Droga Kolinska Group and Atlantic Group,” EMS said in a statement.

She has been employed in EMS since 2012, first on the position of Executive Director for Investment and Strategy. On December 29, 2016, she was appointed to the position of Acting Director.

As of February 2015, she has been a chairperson of the Serbian state Equity Fund’s Council. Since 2016 she has been a member of the Board of Directors of the Montenegro’s TSO Crnogorski elektroprenosni sistem.