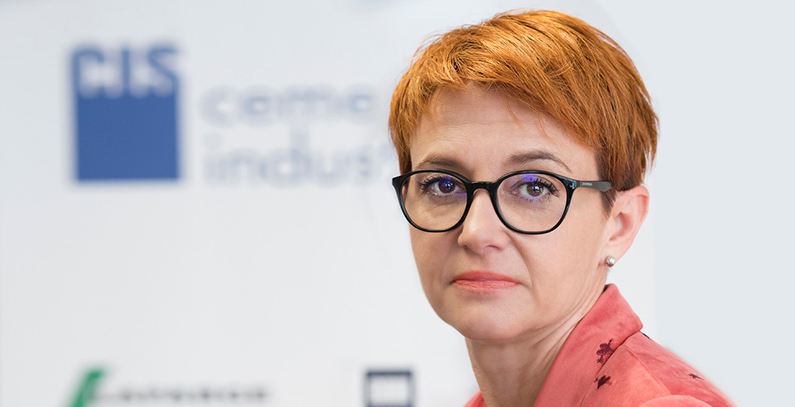 Dejana Milinković, director of the Association of the Cement Industry of Serbia (CIS), discusses for our portal the challenges Serbia is facing on its road to introducing alternative fuels in cement manufacturing. According to her, developed countries have used waste in cement manufacturing for decades, and numerous studies conducted by international and domestic experts have shown that the use has no additional adverse health and environmental impact.

Aware of the fact that cement manufacturing is an industrial branch with a significant impact on the environment, our members: Lafarge Serbia in Beočin, CRH Serbia based in Popovac-Paraćin, Тitаn Cement Factory Kоsјеrić in Kosjerić, as responsible companies, have for many years been committed to sustainable development, i.e. industrial ecology. International experience, as well as our practice so far, show that the use of waste as an alternative fuel in cement manufacturing is one of the most efficient ways of mitigating our industry’s environmental impact.

Cement manufacturers in Serbia were the first to start using energy-from-waste. What has been the progress in this area, what type of challenges have the companies faced, and have their expectations been met?

The adoption of a set of environmental laws in 2009 marked a major step in waste management regulation in the Republic of Serbia. This set of laws was aimed at putting conditions in place for waste minimization, particularly through the development of clean technologies and the efficient use of natural resources, stimulating waste reuse and recycling, separation of secondary raw materials from waste, using waste as fuel, and proper waste disposal. However, many irregularities ensued in the implementation of these regulations. Another problem is the impossibility to implement the part of the EU acquis that has not yet been transposed to the national legislation and/or has been changed in the EU in the meantime.

However, even with these limitations in place, waste recovery through co-processing in cement kilns has unfortunately been insufficient. The causes are twofold. The first is the existing waste management: there is no waste sorting at source, and the cheapest way to “dispose” of it is to dump it on a landfill. The second is that the general public is strongly prejudiced against the use of waste in cement kilns.

Removing the first cause requires regulatory changes and building the state’s implementation capacity. Removing the second cause requires an even more thorough effort, as it is necessary to overcome widespread ignorance and deep-rooted mistrust. They are borne out of a lack of expert knowledge, which leads to the misconception that the use of waste in cement kilns will increase pollution. This is how a lack of information and mistrust prevent the full implementation of a process unique in that it comes with both economic and environmental benefits.

The cement industry has done everything in its power over the past period to use the available waste quantities in Serbia. This is evidenced by the fact that the use of waste in cement kilns was negligible in Serbia in 2009, and now it gives 22% of the energy needed to produce clinker today.

Are there any negative effects of the use of waste in cement kilns?

No, on the contrary, harmful emissions from cement manufacture with the use of waste in cement kilns are lower than without, production costs are lower, while the product quality remains unchanged.

A cement kiln, by its nature, represents a secure and safe way for material and energy recovery from waste for a number of reasons, including:

Additionally, cement industry installations are, on the one hand, covered by the integrated environmental permitting system, while, on the other hand, cement quality is determined by international standards and national regulations. Holding an integrated permit, among other things, requires examining environmental impact for any material used in the production process and evaluating compliance with requirements that have to be met by installations.

In other words, the use of waste in cement kilns proceeds under strictly controlled conditions which both the industry and the regulator seek to be fulfilled.

Why is there not enough waste for use in cement kilns in Serbia?

Because the waste management system in Serbia is undeveloped, and instead of being sorted at source, waste of various composition is predominantly disposed at landfills, where it becomes completely unsuitable for recovery in cement kilns.

Research conducted in 2015 estimated that nearly one kilogram of waste per capita is produced in Serbia daily. This amounts to nearly 2.5 million tons of municipal waste annually. Food waste (garden and kitchen waste) accounts for around 50%, while types of waste that could potentially be recycled make up about 35% of all waste generated in Serbia.

The lack of sorting at source results in the high moisture content of organic waste (food waste) being transferred to all other waste components, especially paper and cardboard, which together have the next largest share (a combined share of some 10%).

Dumped and mixed in a landfill, such waste can hardly be recovered, and especially cannot be used in cement kilns.

The Serbian cement industry has made significant investments and efforts to provide all technical prerequisites to safely introduce alternative fuels in the production process. However, results in this area have been significantly weaker than they could have objectively been. Specifically, alternative fuels met some 22% of overall energy needs on average in 2014 (the EU had an average substitution rate of 41% that same year). Serbia’s lagging behind the EU is primarily due to a lack of available appropriate alternative fuels on the market.

With an available production capacity of 3.6 million tons of cement annually and assuming the availability of appropriate alternative fuels, the cement industry can boost the share of alternative fuels in cement manufacture to at least 60% by 2030, which, thanks to a reduced use of fossil fuels, would result in cutting CO₂ emissions by about 3% per ton of product. At the same time, the industry can recycle nearly 350,000 tons of waste materials (mostly fly ash and granulated blast furnace slag) annually by 2030. It would be disappointing for these capacities to remain untapped.

This is why we hope the cement industry will play an important role in the development of modern waste management in Serbia and that it will be recognized as a reliable partner in tackling local and regional challenges in the area of waste management.