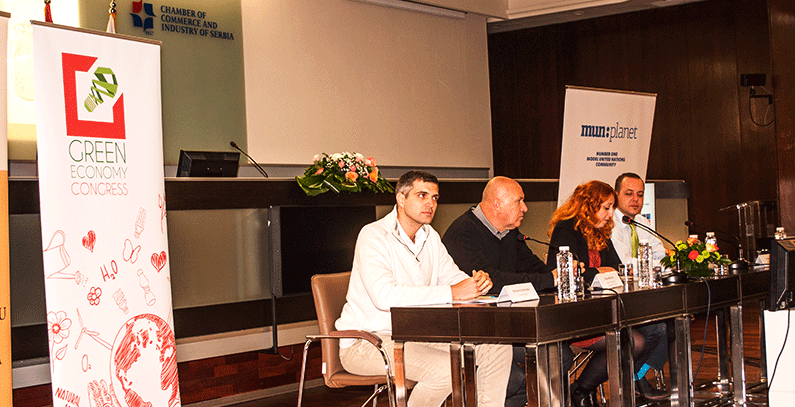 Green economy is now important part of the economy and we need to switch to more sustainable, holistic way of doing it. Partnerships and networking are basic steps in that direction, and even thought the main responsibility is on the governments it is necessary to include younger generations in the whole process. That is, altogether, the main message from the International Green Economy Congress that started today in Belgrade.

Focus of this three-day long gathering of economists, innovators, entrepreneurs, decision makers, civil society representatives and students in the field of green economy is mapping the green economy momentum in post-industrial era. While speaking about energy perspectives Maja Turković, sustainable energy Consultant and Board Member of Association for Sustainable Development  (ASOR) said that important question is how society will evolve in a post-carbon world. The key is to design the right policy for climate change and development of renewable energy as well as involve citizens in energy transition, she added.

Borislav Sandov, from European Green Party Balkan Network, repeated the importance of global networking but emphasized the need for regional partnership. He said that the Balkan region’s transition towards the green economy will be faster if we improve our cooperation. We have the potential to do it, Sandov added.

„Partnership is the most expensive word in the Balkans,” emphasized Siniša Mitrović, director of Center for Circular Economy, Serbian Chamber of Commerce. Without partnerships, it is impossible to move forward, he added. “I do not believe that EU is a piggy bank that only gives money. We need to participate. For Serbia, which needs over EUR 14 billion worth investments in green economy in the next 20 years, Chapter 27 in the EU accession negotiations about environment and climate change are going to be the most expensive and the longest negotiation process, Mitrović concluded.

“Women in the Green Economy: Success Stories” panel attracted the most attention. The participants, after presenting their projects and business ventures, explained in an engaging manner why the green economy has been the business of women. 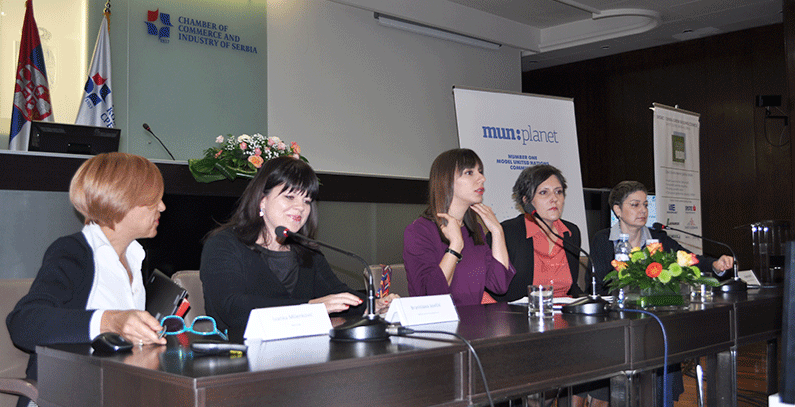 “Women are determent to change things, to think green, to face obstacles and cope with challenges,” said Branislava Jovičić, president at Center for Promotion of Sustainable Development (CPOR), who also spoke about the new project that has been recently launched by this civil society organization – WISE SEE (Women in Sustainable Energy – South East Europe). Krisitna Cvejanov, PR and marketing manager of GreenTech suggested that women need to help men to get involved into green business.” Dragana Korica, from Serbian Green Building Council insisted on the need to change the consciousness of both individuals and societies in order to build green and live green. Ivanka Milenković, EkoFungi general manager, concluded that it is necessary to focus on younger generations and encourage them to think green.