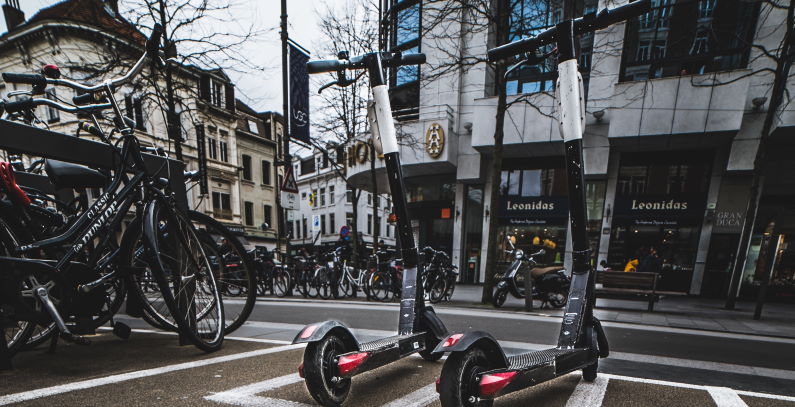 Municipalities in Greece will need to adopt sustainable urban mobility plans, according to a draft law, which is also aimed at regulating micromobility – scooters and other electric devices. Drivers should be able to conduct vehicle transfers and renew licenses via mobile applications.

The Ministry of Infrastructure and Transport of Greece presented its draft law on sustainable urban mobility plans and micromobility to the Ministerial Council. The legislation package covers the development of public transportation, road safety and the digitalization of license issuance, vehicle transfers and the harmonization with European regulations.

Officials indicated the draft would be published for public consultation soon before a bill is sent to parliament.

The move follows years of efforts to make an umbrella law as there was overlapping jurisdiction with the Ministry of Environment and Energy. Another question was whether sustainable urban mobility plans should be transportation, environmental or spatial studies and if the issues could be solved with an interdisciplinary approach.

According to the draft, local authorities in Greece will need to prepare their sustainable urban mobility plans (SUMPs) to facilitate environmentally friendly solutions including the promotion of micromobility. The government is establishing rules on the national level for the development of the said documents.

The law is aimed at standardizing the approval process for sustainable urban mobility plans so that the procedure is simplified.

Karamanlis: The government will help local authorities to gain access to funds

The government said citizens would be able to conduct vehicle transfers and renew driving licenses via mobile applications. Minister Kostas Karamanlis stressed local governments would be encouraged to get access to financial tools for the programs and that the institutional framework for SUMPs is a priority for his ministry.

The micromobility segment covers electric scooters, rollerblades, skateboards and self-balancing personal transporters, such as Segway. They will be designated as light personal electric vehicles. The draft envisages specifications for brakes, lights and audible warnings.

Helmets are becoming mandatory. The document adds children under 12 years of age must be accompanied by persons that are at least 16 when driving on roads where motor vehicles are allowed.

At least one electric vehicle charging point per 1,000 people

Separately, the Green Fund said technical instructions for electric vehicle charging plans have been completed and that it would financially support local authorities. Large and medium-sized municipalities must produce the documents by the end of March 2021 while small units have one year more than that.

The statement adds existing plans such as SUMPs must be taken into account. Local authorities must facilitate the installation of at least one charging point per 1,000 inhabitants. The Green Fund said it has EUR 7 million in the budget for the effort and that it would issue a public call this month.