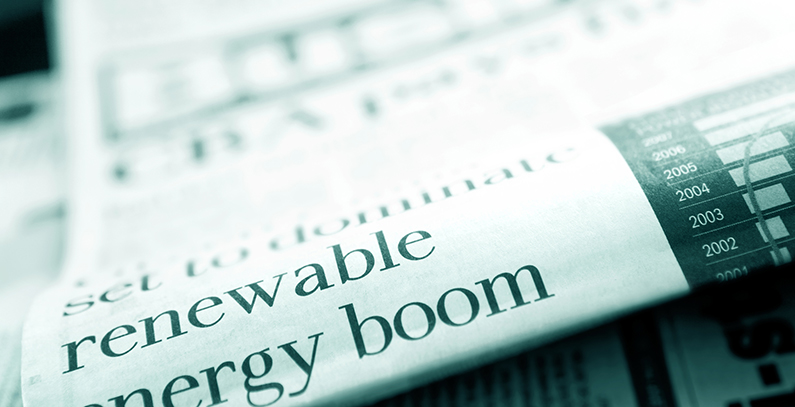 Producers of electrical energy from renewable sources and power and heat in high efficiency cogeneration got incentives regulated by long-awaited decrees on measures and the procedure for acquiring the so-called privileged status.

The Government of Serbia adopted the by-laws alongside the model for a standard power purchase agreement (PPA). The stimulation comes with a clause accounting for inflation in the Eurozone. The documents declare arbitration in the case of disputes with foreign investors should be given to the International Chamber of Commerce in Paris or the Vienna International Arbitral Centre.

Miloš Banjac, assistant minister of mining and energy, told Balkan Green Energy News the country fulfilled its international obligation and created a full legal frame providing safety for investors and banks. He expressed belief the documents will lead to the construction of many power plants using renewables. The government official went on to say „results have been very modest“ despite the directive from 2009 which introduced the feed-in tarriff system and the national plan from 2013 which forsees 1.1 GW in new green power capacity until 2020.

„Since then there are 55 new small hydropower plants build, 97 small solar power plants, five facilities on biogas and one small wind power plant, but their overall installed power was only 53 MW, far under the aim. The main reason for such bad results, as investors and international financing institutions (IFIs) say, weren’t the low stimulative prices for generated power, but above all it was the fact investors and banks were unprotected in relation to the guarantees for the safety of the investment,“ Banjac said and added it accepted demands from IFIs, mostly the European Bank for Reconstruction and Development. The ministry carefully solved the issues of operations, political and natural force majeure, guarantees, negative influence of regulation changes to power plants’ financial balance, the test period and other areas, he concluded.

Current and future projects will now become fully feasible, said Đorđe Popović, senior attorney in law office Petrikić and Partneri AOD in cooperation with CMS Reich-Rohrwig Hainz. “Knowing how important these three decrees are – and especially the PPA model by-law – for the continued development of the Serbian renewable market, we are quite hopeful that both the current and future projects will now became fully feasible. We are pleased to notice that much of the relevant stakeholders’ concerns have been addressed and successfully implemented. This is particularly the case with the step-in rights of the lenders, change in law clauses, assignment related rights and deferred payment provisions,” he said. Lawyers said they believe the PPA model could become one of the most developed ones in the region, but that there are some challenges. “They include the package of security instruments provided by the offtaker – which seem to be limited to the promissory notes only – and apparently not entirely suitable to properly hedge against the offtaker’s solvency risks. It thus remains to be seen how the financial market will react to this, and to what extent further adaptations will be possible,” Popović stated.

Hydro facilities can count on purchases of 12.6 euro cents per kilowatt for systems of up to 200 kW. The category further up, through 0.5 MW, is assigned incentives by the formula of 13.933 cents per kilowatt lowered by 6.667 times the capacity in megawatts. Between 0.5 MW and 1 MW the category is entitled to 10.6 cents. Stimulation for the next segment, up to 10 MW, is calculated as 10.944 euro cents minus 0.344 times capacity, while for power plants above that until the level of 30 MW have incentives of 7.5 euro cents for every kilowatt. The purchase of power from all capacity below 30 MW on existing infrastructure is set for six cents, while all hydropower under that level has maximum effective uptime of 5,000 hours calculated for one year.

Biomass power plants are registered for up to 8,600 hours, split into three categories: those under 1 MW are entitled to 13.26 euro cents per kilowatt, facilities with more than 10 MW get 8.22 cents, while those in between have a basic incentive of 13.82 cents lowered by the product of 0.56 and the nominal capacity in megawatts.

Operators of biogas plants are regulated to receive between 16.111 cents and 15 cents in three categories of capacity: up to 2 MW, between 2 MW and 5 MW, and with more than that, for a maximum 8,600 hours, which is the same for landfill and wastewater segments. Those facilities are given 8.44 euro cents.

Wind power plants are entitled to 9.2 euro cents per kilowatt, while maximum time is calculated at 9,000 hours, and for every quarter.

Photovoltaic systems have stimulation calculated for a maximum of 1,400 hours for every year of stimulation. Power plants on the ground are assigned nine cents, while the units of up to 30 kW are given 14.6 cents less 80 times the capacity in megawatts. Mounted systems above that and less than 0.5 MW have the basic stimulation at 12.404 cents, lowered by the product of 6.809 and the nominal capacity.

Maximum uptime is an annual 8,600 for geothermal energy, highly efficient cogeneration from natural gas and waste incineration. The last sector is entitled to an overall 8.57 cents per kilowatt and geothermal gets 8.2 cents. Cogeneration is set in categories of up to 0.5 MW, between that level and 2 MW, and above that all up to 10 MW. The stimulative purchase price is between 8.2 and 7.46 euro cents.

“We can rightly believe that the conditions for Serbia to achieve the planned target for 2020 of 27% share of renewable energy in final consumption are finally created,” Zdravko Pavićević, chairman of the bord at  Association Biogas, stated for Balkan Green Energy News.

“The new directive on feed-in tariff system that corrected the directive from 2013 increased the price of electricity generated in biogas plants that are, in my opinion, the most rewarding source in the sector of renewable energy because they solve the problem of environmental protection and ecology, and also create a strong potential for development of agriculture due to the use of manure and crop residues in generating electricity and thermal energy, combined with production of organic fertilizers,” he said.

Pavićević stressed investing in biogas plants creates new jobs and helps solving social issues. The fact that there is 13,000 biogas plants in Europe speaks enough about their importance, he added.