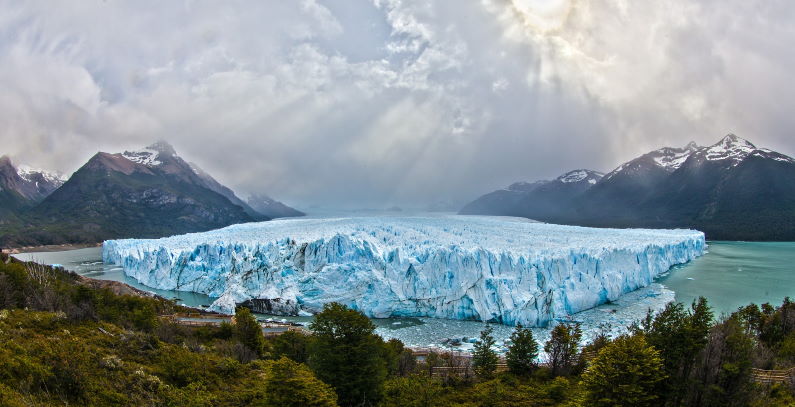 The United Kingdom’s Met Office leads the Global Annual to Decadal Climate Update, which is published every year for the next five years. The World Meteorological Organization (WMO) warned of the challenge to achieve goals from the Paris Agreement as there is a 20% chance the global warming limit of 1.5 degrees Celsius, set for the entire century, could be topped already by 2024.

The annual mean global temperature is likely to be at least 1 degree Celsius above pre-industrial levels through 2024 and there is a 20% chance that it will exceed 1.5 degrees in at least one year, the World Meteorological Organization (WMO) said in a new report. In comparison, the global warming limit set in the Paris Agreement on Climate Change for the whole century is two degrees, with the ambition to lower it to 1.5 degrees Celsius.

The Global Annual to Decadal Climate Update, led by the United Kingdom’s Met Office, provides a climate outlook for the next five years, updated annually. It relies on best available computer models from climate centers around the world so that the authorities can make informed decisions.

The last five-year period has been the warmest ever.

The estimates take into account natural variations as well as human influences on climate to provide the best possible forecasts of temperature, rainfall, wind patterns and other variables. They exclude changes in emissions of greenhouse gases such as carbon dioxide and aerosols as a result of the coronavirus lockdown.

Taalas: Not much relief from COVID-19 pandemic

“WMO has repeatedly stressed that the industrial and economic slowdown from COVID-19 is not a substitute for sustained and coordinated climate action. Due to the very long lifetime of CO2 in the atmosphere, the impact of the drop in emissions this year is not expected to lead to a reduction of CO2 atmospheric concentrations which are driving global temperature increases,” said WMO’s Secretary-General Petteri Taalas.

He warned human wellbeing, ecosystems and economies are facing hardship “for centuries” if the global warming and climate change limit is breached. Taalas urged governments to incorporate climate action in the recovery efforts “and ensure that we grow back better.”

For the next five years, the predictions for annual global temperature land between 0.91 and 1.59 degrees above preindustrial levels, defined as the 1850-1900 average. The chance that the 1.5-degree threshold would be topped in one of the years in the forecast period, currently at 20%, is rising with time.

Arctic is warming at fastest pace

There is even a 70% chance that one or more months will be at least 1.5 degrees warmer. Some parts of the southern oceans are the only places on Earth unlikely to become warmer.

Yet another climate wake-up call: @WMO predicts global temperatures could inch closer to the 1.5°C threshold over the next five years.

We cannot afford to waver on #ClimateAction, or scale down ambition. https://t.co/wdrSGQ7mG4

The scientists found western Europe is at risk of more storms. In 2020, large land areas in the Northern Hemisphere are likely to be over 0.8 degrees warmer than the recent past, defined as the 1981-2010 average.

This year the Arctic is looking at a pace of warming that is more than two times higher than the global mean. At the same time, many parts of South America, southern Africa and Australia are likely to be dryer than the recent past.