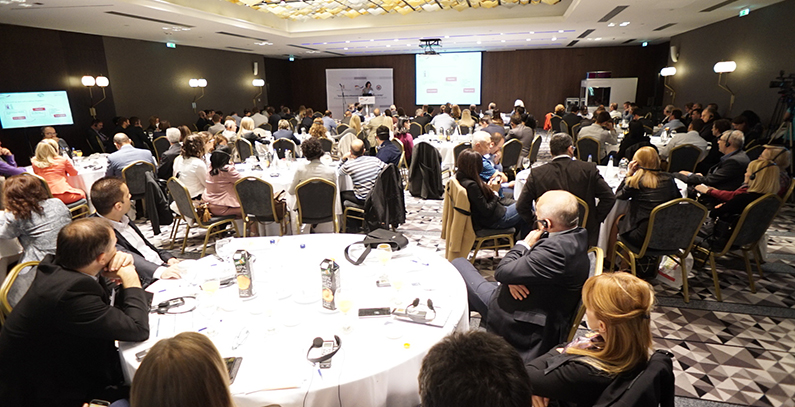 A project involving public buildings in 169 municipal units in Serbia was established to support legislative activities, cost projections and potential measures to improve energy efficiency. The endeavour is implemented by Deutsche Gesellschaft für Internationale Zusammenarbeit (GIZ) GmbH through German-Serbian development cooperation and with participation of the domestic Ministry of Mining and Energy, Ministry of Construction, Transport and Infrastructure and the University of Belgrade.

Participants at the project’s presentation said data on energy properties of public buildings, with the focus on schools and kindergartens, will be used for the production of a study. The document will include propositions for upgrades with estimates of savings for the facilities in the cities and municipalities involved.

Responsible institutions will use the indicators from the measurements as a basis to obtain funds for refurbishment. The project includes the country’s Standing Conference of Towns and Municipalities (SKGO) and regional development agencies.

The conference was attended by Miloš Banjac, assistant minister responsible for renewable sources and energy efficiency, who said Serbia introduced an energy management system in line with the Law on Efficient Use of Energy. It entails a number of regulatory, organizational and incentivizing activities and measures by state authorities, he added. Energy managers in municipal authorities and public services collect information on energy consumption in the public sector, Banjac said. „For the purpose of data collection, processing and analysis Serbia developed a national information system which has been functioning for several months now. As the establishment of an energy management system is a long and demanding process, the help of GIZ and other donors in data collection is welcome and it will surely contribute to the achievement of goals of the policy of efficient use of energy which is being implemented  for quite a while in Serbia,“ he stated.

Schools and kindergartens are, without a doubt, the most important institutions for the development of children, which makes it necessary for the facilities to be in perfect condition for the young to learn and grow, said Renate Schindlbek, leader of GIZ’s project ‘Energy Efficiency in Public Buildings’, which started one year ago. The scheme is commissioned by the German Federal Ministry for Economic Cooperation and Development (BMZ).

With regard to the gross domestic product, energy consumption in Serbia is six times higher than in Germany, with almost 40% of consumption referring to buildings, the organization said. “In more than 16,000 public buildings such as schools or kindergartens there are also huge savings potentials. Lacking insulation, building damages, outdated heating, air conditioning and warm water systems are contributing to the high energy consumption,” according to project documentation. As a member of the Energy Community the country has
committed itself to introducing higher demands upon economical energy consumption in buildings, GIZ said.

The project is based on an initiative of the university to create a center of excellence, the development cooperation system noted.